We use them during travelings, they are very useful accessories for any YouTubers or vloggers to create selfie videos. We are talking about the Gimbal for action cameras and smartphones that finally can buy at really affordable prices. There are plenty of third party stabilizers that work much better than an OIS system integrated with the camera sensor. One of the best is the New version of the FeiyuTech SPG 3-Axis Handheld Gimbal for smartphones and action cameras. 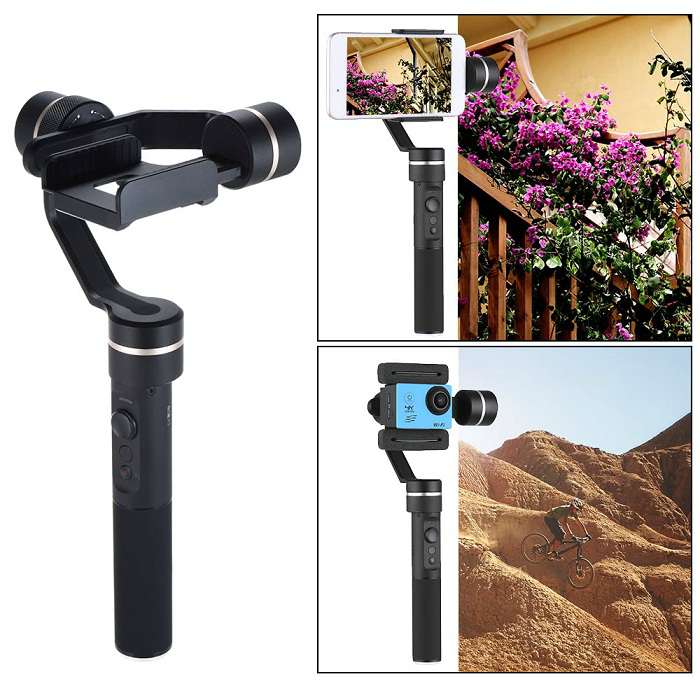 With active motors that stabilize motion and smartphone, you can perform quality shooting even if your device is not equipped with OIS. Obviously, even better if the smartphone is equipped with an optical stabilization system.

The new version of the FeiyuTech SPG 3-axis gimbal that works with both the smartphones and action cameras. It is also offering a dedicated Feiyu ON App with the combination of joystick and trigger button to achieve the real-time focusing when shooting. 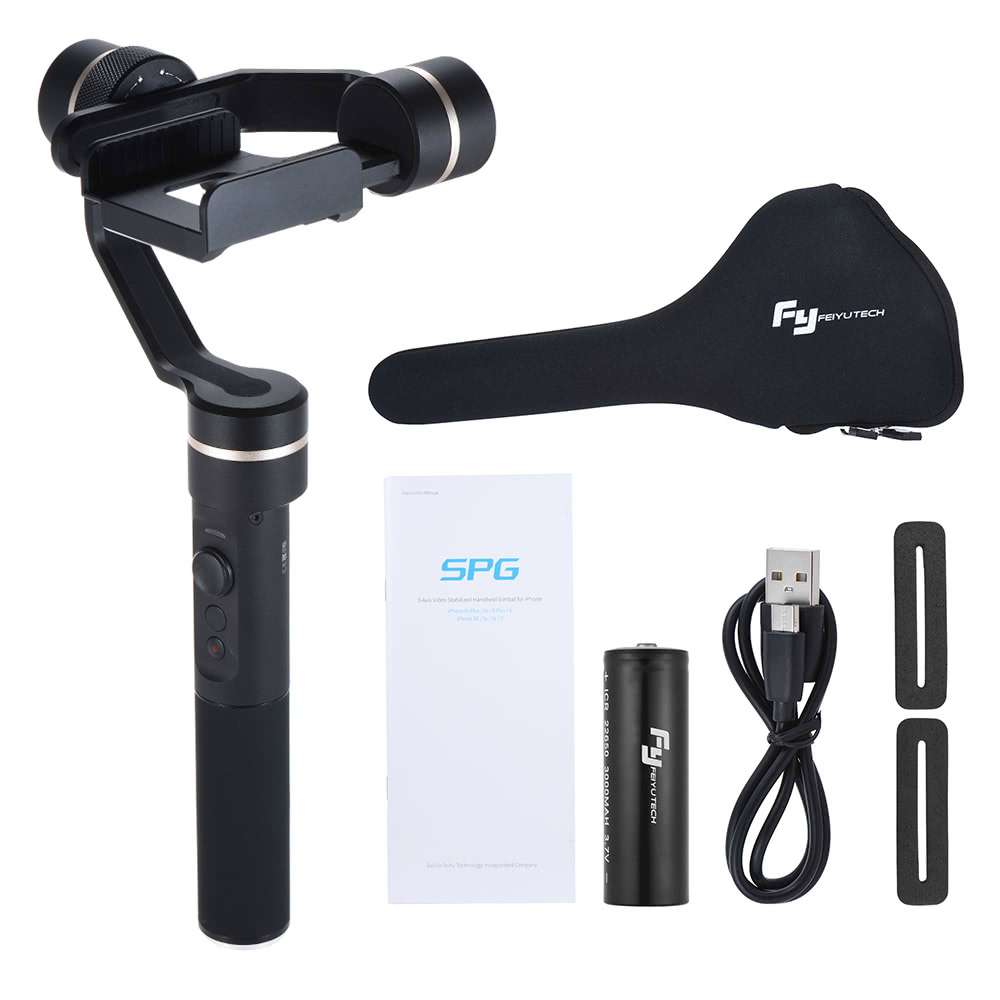 FeiyuTech SPG new model is specifically made for smartphones and action cameras and supports those between a width of 50 to 80 mm. The Feiyu SPG features a 22650 battery to give it a run time of up to 8 hours, which isn’t half bad. That’s what the company claims, so even if you get 75 percent of the claimed time, we think it’s a win.

This gimbal can be used to capture stable and shake free images and videos from your action cameras and phones. It has a nice industrial based aluminum design with better control on the grip. There are three buttons on the gimbal one it’ll basically just stabilize and compensate for movements, and the second is for various modes and there is also a Bluetooth shutter button to capture images wirelessly.

We managed to get a special $115 coupon: YYMD4882 for the FeiyuTech SPG 3-axis gimbal which drops the price of the device right down to $123.99. Overall, at this price, this gimbal is a great deal from TomTop online store.

He is newbie on the Techtoyreviews. An enthusiastic mechanical qualifier who additionally Interested in the latest gadgets and tech. An exceptionally tech savvy who is always discovered reading or writing on technology. In spare time like to peruse books and playing Cricket. PayPal donation for TechToyReviews will be appreciated.
@jigneshdudakiya
Previous HTC Ocean Life: HTC U11 Lite or Mini Variant With Android One Leaked
Next Archos Sense 47X, Sense 50X Rugged Smartphones, Sense 101X Tablet Launched