It seems that HTC will continue to expand its market this year not only in the field of smartphones, but also on the tablet market. 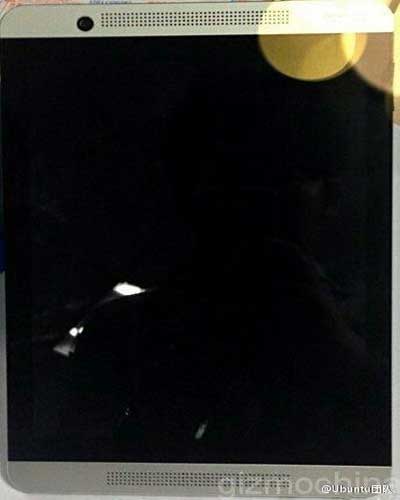 Recently, Homeupleaks revealed that HTC is making a new 8.9 inch tablet codenamed HTC T1H and it appears on May 2015. The HTC tablet will have QXGA resolution of 1530 x 2048 pixels. Interestingly, HTC chose AllWinner SoC instead of Qualcomm or MediaTek processor. This HTC tablet will own Octa-core 2.2 GHz Allwinner H8 processor using 28nm process technology with integrated PowerVR SGX544 graphics processor.

The important specifications include 2GB RAM, 16GB or 32GB internal memory, this tablet runs Android 5.0 Lollipop with the HTC Sense UI 7. On camera, this HTC tablet possesses the 8 megapixel camera on the back and 1.6 megapixel secondary camera on the front. HTC T1H tablet with a battery capacity of up to 6700mAh and it is expected that there will be two different versions of HTC T1H versions, the Wi-Fi version will be called the HTC T1H Wi-Fi and the rest is HTC T1H LTE.

This HTC Android Tablet will have a size of 228.35 x 153.67 x 7.88mm thick though equipped with large battery, besides it is also equipped with the dual speaker system.

Most likely the HTC tablet will be released in the event of the HTC company held in Beijing on May 4. However, specific time and location has yet to be confirmed by HTC.

He started this blog as a hobby to show his affection for gadgets, but over the time this hobby became professional. And now he is working as a full-time blogger, but in free time he loves watching movies and games. PayPal donation for TechToyReviews will be appreciated.
@https://twitter.com/Techtoynews
Previous Sony will introduce HDC 4300 professional video camera with 4K video recording
Next Buy Zenfone 2 on Amazon