Galaxy Grand Neo Plus with 5-inch Display Launched at Rs. 11,700

Samsung has launched the Galaxy Grand Neo Plus Smartphone in the Indian market. Silently Samsung has introduced this phone on its website in India at 11,700 rupees. The listed phone of Samsung will not just be limited to the Asian market, The device is expected to launch in many countries outside Asia, but unlike some other Grand Galaxy version. 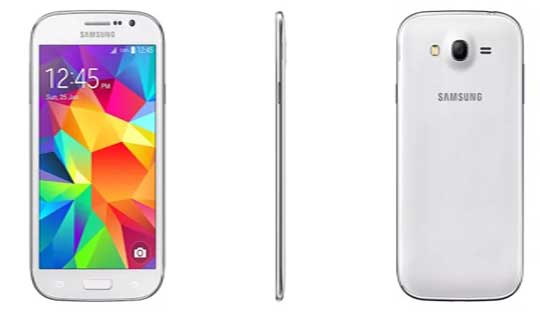 The Samsung Galaxy Grand Neo Plus (GT-I9060i) can be considered a minor upgrades of the previous Samsung Galaxy Neo. It has a 5-inch WVGA display with a resolution of 480×800 pixels, the 1.2GHz quad-core processor and 1GB of RAM.

The Samsung Galaxy Grand Neo Plus also owns a 5 megapixel rear camera with LED flash and a front camera of 2 megapixel. It has 8GB of in-built storage and a microSD card slot support up to 64GB, standard connectivity features like 3G, Wi-Fi, Bluetooth 4.0, Wi-Fi Direct, Wi-Fi Hotspot, GPS, A-GPS.

This is a dual SIM smartphone and 2,100mAh battery capacity. The phone runs on Android 4.4.4 KitKat OS and you get features such as easy mode and ultra power saving mode, there are some features related to selfie camera as Smart Selfie Palm.

Overall, Samsung Grand Neo Plus is a device that is not going to impress the popular segment. Nothing deterred Samsung unveiled the new smartphone even when they are preparing to launch a blockbuster smartphone.

Not long, Samsung introduced Samsung Z1 Tizen Smartphone in India in just Rs. 5,700. The Samsung Z1 Tizen own 4-inch display with a resolution of 800×480 pixels, 1.2 GHz dual-core processor and 768MB of RAM.

It has a rear camera of 3 megapixels and a front camera of 0.3 megapixels, 4GB of in-built memory, expandable up to 64GB via memory card slots and also supports 3G network.

He started this blog as a hobby to show his affection for gadgets, but over the time this hobby became professional. And now he is working as a full-time blogger, but in free time he loves watching movies and games. PayPal donation for TechToyReviews will be appreciated.
@https://twitter.com/Techtoynews
Previous WhatsApp on Desktop via WhatsApp Web client
Next Acer launched C740 and C910 Chromebook for Students