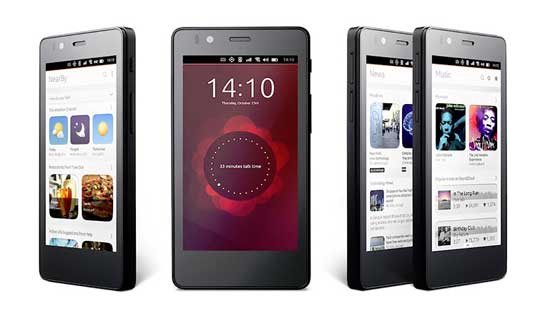 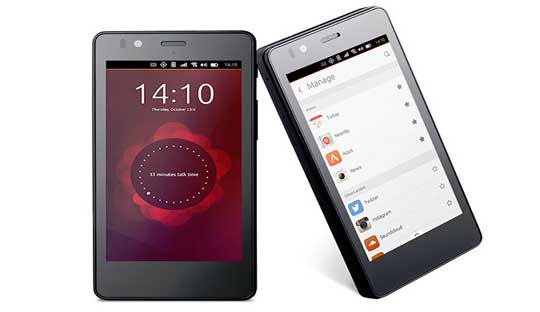 Accordingly, the Canonical Aquaris E4.5 only own 4.5-inch display, qHD resolution up to 540×960 pixels, 1,3GHz quad-core processor, MediaTek chip and 1GB of RAM. The internal memory of the device reached up to 8GB, also support microSD card slot to expand memory. The Ubuntu OS Smartphone has a front camera of 5-megapixels and rear camera is a 8-megapixels on board. 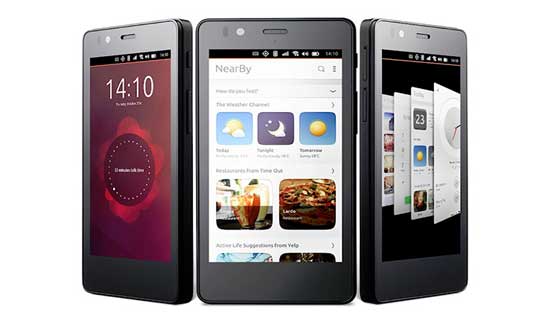 The main highlights of the Aquaris E4.5 is the Ubuntu operating system when it brought in his few very promising idea. The Ubuntu OS Smartphone with a concept called Scopes. As you unlock your phone will show “Scopes” is the focus of all relevant information is taken from the Internet. For example, in Section Music Scope and Video Scope, the user does not see the video or music stored on their phone, but the user can also download videos from various sources such as Vimeo, YouTube or Soundcloud.

The Canonical says about features of Ubuntu Operating System, applications on Ubuntu OS for smartphones will be based on standards HTML5, this will help programmers more easily create apps for the operating system, they do not have to spend too much time and effort like iOS or Android app. Ubuntu OS will be installed several popular applications such as Facebook, Twitter, Amazon, Time Out, Yelp, Soundcloud, Spotify, Cut The Rope etc.

He started this blog as a hobby to show his affection for gadgets, but over the time this hobby became professional. And now he is working as a full-time blogger, but in free time he loves watching movies and games. PayPal donation for TechToyReviews will be appreciated.
@https://twitter.com/Techtoynews
Previous Canon EOS M3 Mirrorless Camera with 24MP Sensor officially unveiled by Canon
Next Canon EOS Rebel T6i 750D and EOS Rebel T6s 760D Launched 24.2MP sensor with Hybrid CMOS AF III