Now you can buy a smartphone running Android 5.1 with 64-bit processor and also supports 4G network in just $99. The answer will probably be there for those who are living in Hong Kong, recently a device called Bluboo C100 was unveiled with a price tag of only $99. 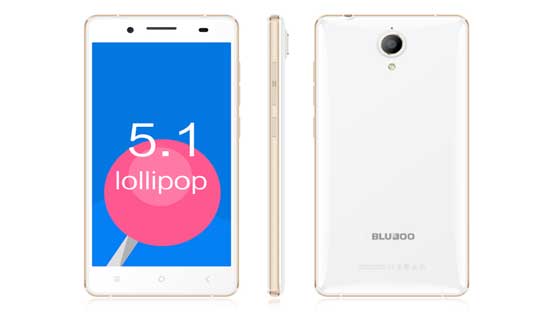 The Bluboo has just unveiled the new device, called Bluboo C100 to Hong Kong and is presented with the very impressive technical specifications for its price of only $ 99. The Bluboo C100 smartphone has a 5 inch IPS screen with an OGS panel at HD resolution of 720 x 1280 pixels. Inside the phone a Mediatek MT6735 chip equipped with a 1GB of RAM and 8 GB of internal memory. The Bluboo C100 running Android 5.1 Lollipop operating system out of the box.

Other specifications of the Bluboo C100 include 2000mAh battery capacity, 4G connectivity, WiFi dual-band, Bluetooth 4.0, FM Radio and also support Dual SIM card slots. The device also features a 2-megapixel front facing camera, while rear camera of 5-megapixel with LED flash. This phone has a special design with outside frame made of metal so it will not make sense to very cheap.

Expected that Bluboo C100 will be sold with two colors such as black and white and will cost exactly $99, the price is desirable, but unfortunately unknown information whether this smartphone will be available in other regions or not.

He started this blog as a hobby to show his affection for gadgets, but over the time this hobby became professional. And now he is working as a full-time blogger, but in free time he loves watching movies and games. PayPal donation for TechToyReviews will be appreciated.
@https://twitter.com/Techtoynews
Previous Fujifilm announced Fujifilm XF 16mm f1.4 R WR Prime Lens
Next Rumor: Sony RX line can be upgraded to the Four Thirds sensor!