BLU the Miami-based smartphone manufacturer is known for making affordable and attractive smartphones to meet the wide range of user needs. Now company comes with another most affordable smartphone named BLU R1 HD has been priced at $99.99. But under Amazon Prime Exclusive offer user can get the device for just $49.99. 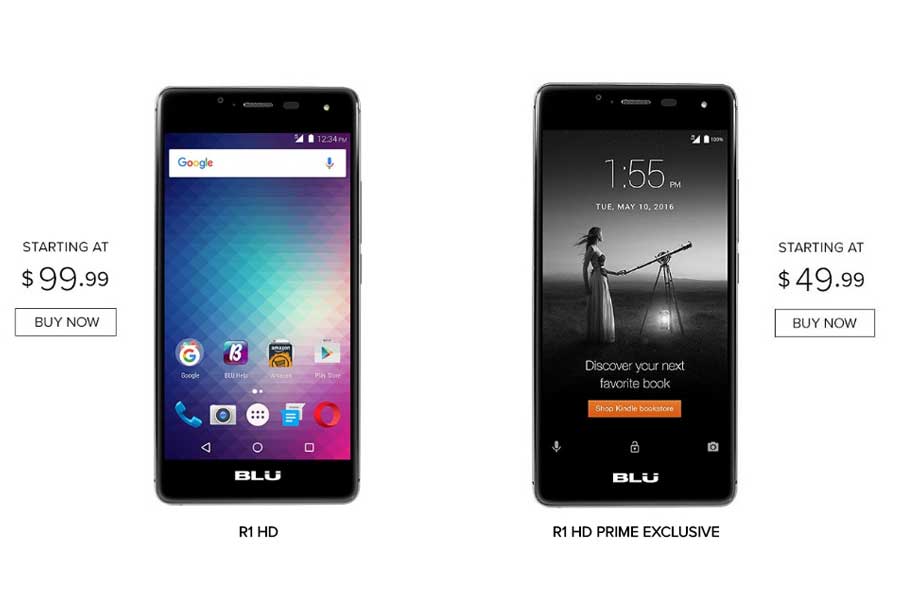 The R1 HD will be available in two variants such as 1GB RAM/8GB ROM and 2GB RAM/16GB ROM, whereas the 2GB RAM model with same hardware specifications has been priced at $109.99. Both devices are available to pre-orders exclusively on Amazon while the shipping starts from July 12, 2016. Both smartphones can be lower up to $50 for the Amazon Prime members via free $50 Gift Card.

The R1 HD features a 5.0-inch IPS LCD display with BLU infinite view and HD (720 x 1280 pixels) resolution that is rated to deliver a pixel density of 294ppi and Corning Gorilla Glass 3 protection on top of it. The handset comes powered by a 1.3 GHz quad-core processor that is fueled by MediaTek MT6735 chipset paired with Mali-T720 GPU. As earlier we mentioned it is available in two variants like as 1GB RAM with 8GB storage and 2GB RAM with 16GB built-in storage and microSD card support for further expansion (up to 64GB).

On the camera front, this BLU phone flaunts an 8-megapixel primary autofocus camera with f/2.0 aperture, 4P Lens and LED flash. It can record 1080p HD videos at 30fps. There is a 5-megapixel front-facing camera with front LED flash and built-in BLU Final Touch software for selfie lovers. 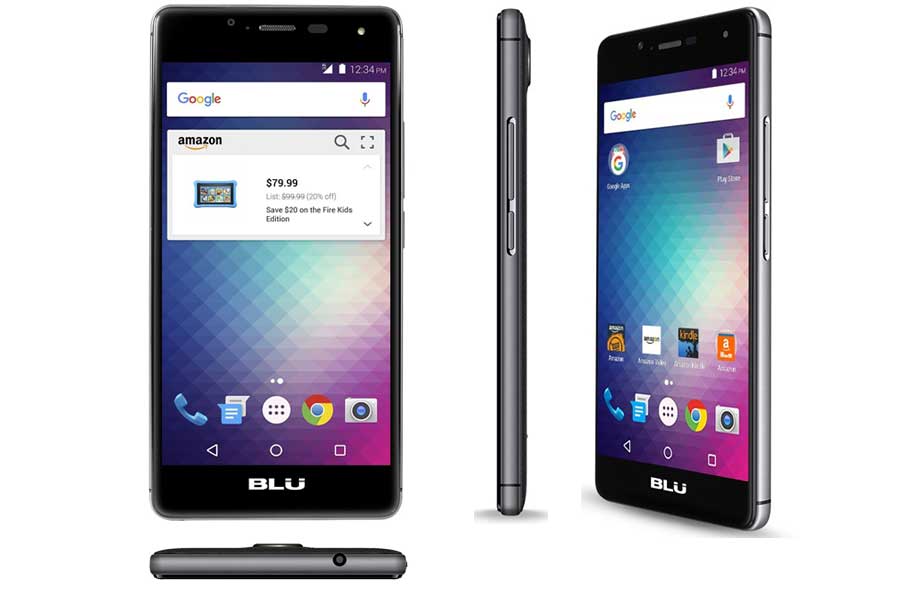 The device runs on Android 6.0 Marshmallow out of the box and it boasts a decent 2500mAh battery under the hood. For connectivity, the device include Dual SIM with dual standby, 4G LTE network with support for T-Mobile and AT&T same as other unlocked BLU cell phones, Wi-Fi 802.11 b/g/n, GPS, A-GPS, Bluetooth 4.0 microUSB 2.0 and 3.5 mm audio jack options.

Check out BLU R1 HD Price in USA below:

Thanks for reading! If my article helped you, I would be happy if you visit Techtoyreviews again and follow it on Social media. This article contains partner "affiliate" links. Clicking on it will take you to the provider and if you make a purchase, Techtoyreviews will receive a small amount of support.
@Techtoynews
Previous Last day to Grab Bezelless Elephone S3 at just $149.99
Next SanDisk launches 256GB Extreme and Ultra microSD Cards