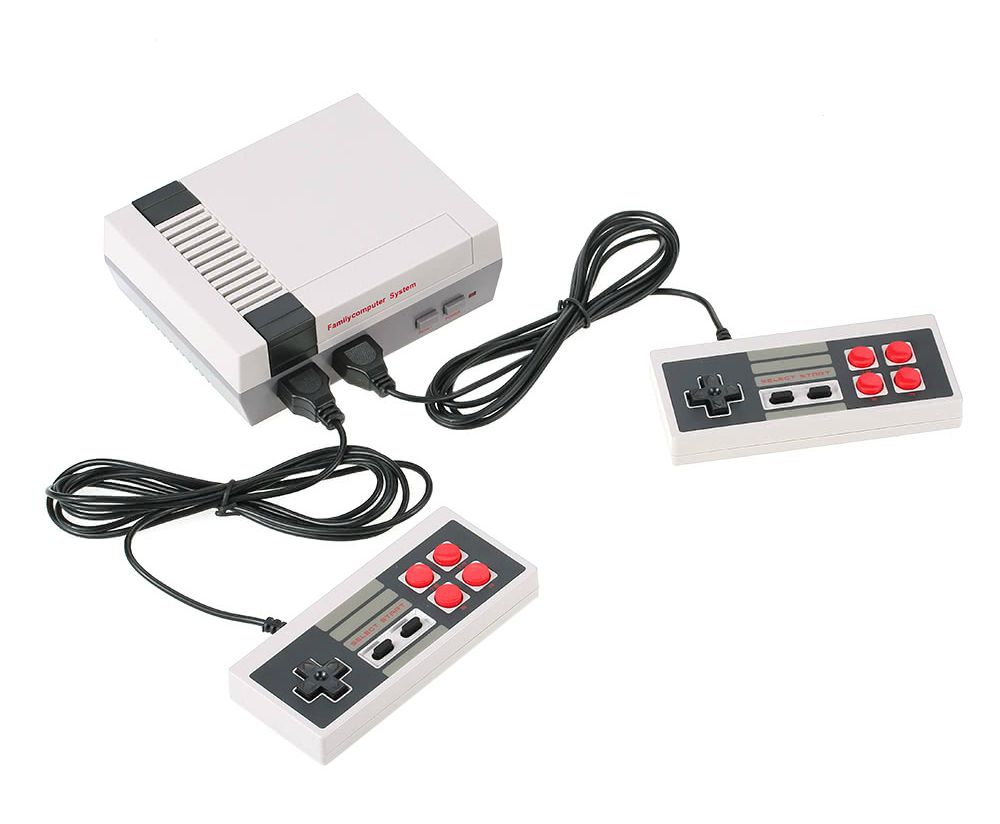 Most of you and our readers not born in the 80s and 90s certainly have had the opportunity to play with all or almost the consoles that have marked that era. We are talking about the Commodore 64, the NES, the SNES and many other models that have been part of the 8 and 16-bit consoles. In this article, we decided to group the best Classic Video Game Consoles from the past that can be purchased online within a minute.

With the evolution of technology, today it is possible to return to playing those games even on a Smart TV. This was also made possible by the rapid spread of retro gaming both among the aged people and younger ones who want to relive the past of their parents in some way. This phenomenon has resulted in the arrival on the market of several iconic consoles, even if in a reduced version. Let’s see them now!

The NES Classic Mini is the original Nintendo Entertainment System.

Inside there are 30 pre-installed games including Super Mario Bros and The Legend of Zelda. The package also includes the NES Controller that allows you to play various retro games without any problems. If this were not enough, you can also play with a friend or dad by connecting a second controller, however, have to purchase separately.

The sales box also includes an HDMI cable that allows you to connect the mini consoles to the TV at home. Unfortunately, the NES Classic Mini does not allow you to insert the old cartridges and you cannot install other games in addition to those included in the internal memory.

Among the best classic video games consoles to play the retro games from the past, we decided to also include the miniature replica of SNES (Super Nintendo Entertainment System). Inside there are 21 classic video games including Super Mario World, The Legend of Zelda: A Link to the Past, Super Metroid, and Final Fantasy III. In addition to this, in the sales box, you will find two classic Super NES wired controllers, an HDMI cable to connect the device to the TV and a power cord. Unfortunately, there is no USB wall adapter that you have to buy separately.

For many users, the Commodore 64 was the first true computer. Fortunately, the miniaturized version is available for purchase directly on Amazon. Compared to the previous models, the THEC64 Mini has 64 pre-loaded games and you can also play other favorite titles by inserting a USB stick. There is also a second USB input available to connect a keyboard so as to have a fully functional computer.

The Commodore 64 Mini offers three pixel filter options (crisp, CRT, scanline emulation) and two display modes to be chosen between NTSC and PAL. Inside the package, you will find a classic joystick, a USB cable for power and an HDMI cable. There is no wall adapter so you have to buy separately.

We continue the article on the best classic video game consoles from the past proposing a compact version of the console dedicated to those who want to relive the games for the Sega Genesis. There are 85 pre-installed retro games Inside the device while in the box you find two wireless controllers. The mini console supports a maximum resolution of 720p via an HDMI connection. If you have original cartridges, you can also use them in this mini retro game model.

Here is another product specially dedicated to Atari game fans. The Flashback 8 Gold HD allows you to enjoy up to 120 old retro games, ready to be enjoyed in peace and maybe sitting on the couch. Let’s talk about a mini-console like Plug & Play because just connect it to the TV to start playing. Two wireless controllers are included in the sales box.

The 620 Mini TV is a mini console designed as a clone of the NES Classic mini, so it is a small and compact product. In addition, it can be easily configured and used to play old retro games with friends and family. The sales box includes an AV cable, two controllers, and a wall-mounted power supply. Inside there are as many as 620 games to choose from, including an imitation of Super Mario Bros.

In a body with dimensions of 13 × 10 × 4.5 cm, the Super Mini SN-02 integrates 821 pre-installed games. The mini console is accompanied by two controllers that can be connected to the two ports located on the device. Subsequently, simply connect the console to the TV through an HDMI cable and to the electric current through a common wall charger with micro USB cable.

How to Emulate a Classic Video Game Consoles with Raspberry Pi

The geeks will certainly welcome with joy what we’ll tell you now: you can program a mini console using a Raspberry Pi as a base. This is the small programming card with incredible potential and it can be transformed into any console of the past using the emulation. First of all, we tell you that compared to the classic consoles seen so far (apart from the Commodore 64), a retro device based on Raspberry Pi allows you to add all the classic games you want. Currently, there are a couple of solutions to choose from:

You can also purchase the already well-made Raspberry Pi 3 kit.

You can create a replica of the NES by inserting a Raspberry Pi 3 B into it.

Whatever your choice, you need to install the Retropie operating system that can be downloaded directly over the Internet. On the official website of the OS, there is a detailed guide on how to download the ROM of any retro games for NES, SNES, Commodore 64, Sega and other classic video games console to play without any limit and especially your favorite titles. In short, the Raspberry Pi is the best solution to create a mini console at home.

Thanks for reading! If my article helped you, I would be happy if you visit Techtoyreviews again and follow it on Social media. This article contains partner "affiliate" links. Clicking on it will take you to the provider and if you make a purchase, Techtoyreviews will receive a small amount of support.
@Techtoynews
Previous Belkin launches Boost Charge Power Bank 10K With Lightning cable
Next Samsung Galaxy A6 2018 Available for Pre-Order in UK, Tipping Three Colors