The Asus G551JM is the latest member of the Asus computer line, specially designed for Gamers. The ASUS Republic of Gamers laptop newly launched late last year alongside two versions of G771 17″ and GX500 14″. Considered the upgraded version of the G550, G551JM is a Cheap Asus Gaming Laptops towards mid-range segment. The laptop design has changed a lot, especially with an interior that is configured with upgraded CPU and GPU. 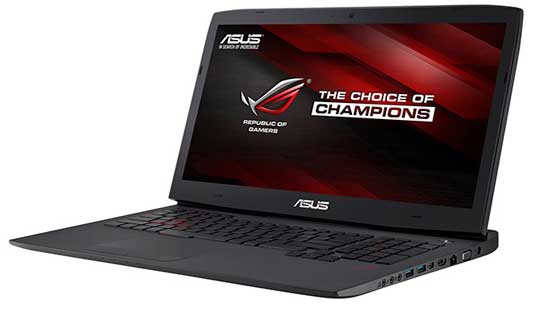 Design of the Asus G551JM is similar to Asus G550, but inside has been improved. In this laptop Asus has significantly improved the design. The lid has a hairline aluminum plate with Asus RoG logo glow in red color, but inside, the body is designed with a monolithic aluminum sheet also covered the keyboard. Below the base of the laptop is designed seamless curved aluminum plate. In addition, it has red color edges which add more darkness to the laptop. 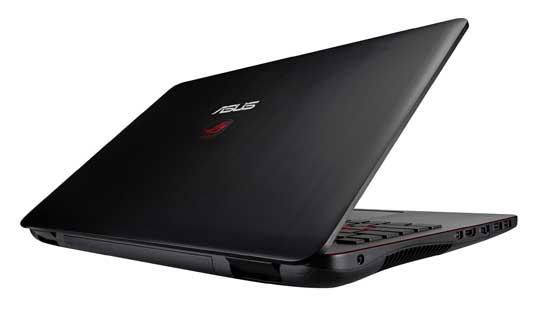 The Asus G551JM has a 15.6 inch IPS panel display, Full HD 1080p resolution. The change from Chimei to IPS TN panels is a very remarkable thing of Asus. The display of the Asus G551JM laptop is quite similar to other models of Asus laptop such as G550, N550, N56 which are also using the same IPS panel. The quality of the screen displays well, help anti-glare matte coating is quite effective and easy to view. In addition, the angle of the screen is also extended up to 178 degrees. In addition, the G551JM screen is also integrated SonicMaster audio system with two premium quality speakers are located just above the keyboard. 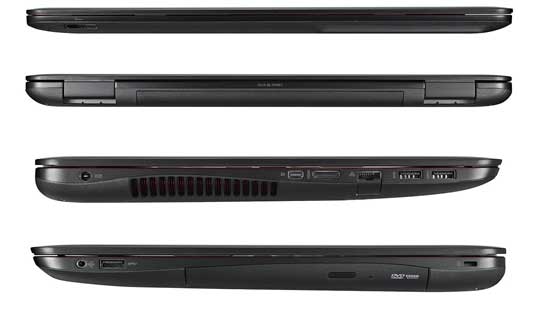 Another noteworthy point on the Asus G551JM is the improvement of the keyboard. Compared with the G550, the G551JM keyboard has better keys with a good feeling when press. The keyboard is equipped with a red backlit and “WASD” gaming key edges are colored with red accents give the keyboard as well as laptop an identify of the Gaming laptop. Below the keyboard is quite large TrakPad, anti-glare surface with high sensitivity.

In addition, designing to the configuration of the G551JM ASUS Republic of Gamers Laptops also been upgraded slightly, mainly with Nvidia graphics card.

Check out Asus G551JM Price below:

He started this blog as a hobby to show his affection for gadgets, but over the time this hobby became professional. And now he is working as a full-time blogger, but in free time he loves watching movies and games. PayPal donation for TechToyReviews will be appreciated.
@https://twitter.com/Techtoynews
Previous Oppo R1k Review: Slim Smartphone with 5MP Selfie Camera
Next Oppo Mirror 3 Review: High-quality camera and Fast charging technology