As we mentioned in the article below, the new Apple iPad Air 4th Gen is now available to pre-order on the Bhphotovideo.com website, and pricing starts from $599.

What the new Apple iPad 8 lacks in the way of news, Apple has instead put into the completely redesigned new Apple iPad Air 4 2020. From the new design and Touch ID in the power button to the brand new and significantly faster Apple A14 chip, which is also expected in the iPhone 12, everything is combined in the new iPad tablet.

The iPad 8 is also new, but all of Apple’s creativity and technical innovations flowed into the fourth new iPad Air generation this year. But this also results in higher prices, as we shall see later. The new design in the style of the iPad Pro is recognizable at first glance – with flat edges and reduced edges, the Liquid Retina display grows to 10.9 inches with a resolution of 2,360 x 1,640 pixels. As the leaks expected, despite the new USB-C port and Smart Connector on the back, the new iPad Air is not a full-fledged iPad Pro, because instead of Face ID, Touch ID is in the power button on the top.

Apart from the new design and the ability to load the Apple Pencil on the side like its mighty brother and to use its accessories like the Magic Keyboard, the iPad Air currently has the computing power ahead of the iPad Pro. In the absence of an iPhone 12 – which will not start until October or November due to Corona – Apple has already launched the latest silicon with the iPad Air 4 on the market.

The first 5-nanometer chipset on the market offers a hexacore CPU design that is said to be 40 percent faster than its predecessor and a quad-core GPU that promises 30 percent more performance. Apple paired the A14 Bionic Powerhouse with a 16-core neural engine that calculates twice as fast.
In terms of multimedia, the iPad also offers innovations, for example, the same 12-megapixel camera on the back as in the iPad Pro, for example for 4K video recordings, but the LIDAR sensor is still reserved for the Pro models.

The iPad Air 4 is available in the space gray, silver, rose gold, green, and sky blue colors with 64 or 256 GB of internal memory and at prices from $599, i.e. about $100 more than last year, which in view of the improvements should be a good deal for many. The iPad Air 4th generation should be available from October, but its already listed on the Bhphotovideo.com website with the “Notify When Available” status.

He started this blog as a hobby to show his affection for gadgets, but over the time this hobby became professional. And now he is working as a full-time blogger, but in free time he loves watching movies and games. PayPal donation for TechToyReviews will be appreciated.
@ankit4554
Previous New Apple iPad 8 stays with the Old Design but is Faster
Next Xiaomi Mi Band 5 Review: Best Fitness Tracker Watch at Low Price 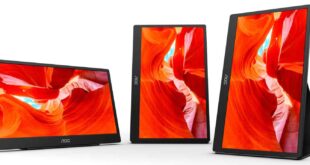 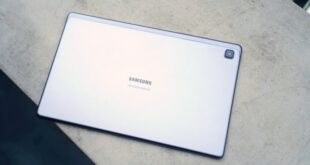 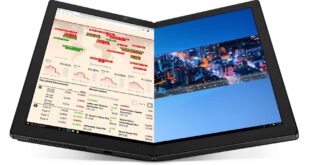