The Yongnuo is renowned for producing inexpensive and quality accessories for Canon and Nikon cameras such as lenses, flashes, transmitters, and other useful accessories, not to mention a large line of lighting fixtures. Yongnuo has been making the popular YN685 camera flash for a long time, and now news came of an updated version, called YN685 II, which is compatible with both Canon and Nikon cameras. Among the innovations can be noted a reduced recharge time to 2 seconds at full power and a USB port, which appeared on the body of the flash for installing firmware.

In general, the design of the new Canon flash has not changed, nor have the main characteristics of the device changed. The YN685 II has a built-in 2.4GHz trigger that allows you to fire multiple flashes without the need for a separate wireless connection. YN685 II Nikon flash is compatible with Yongnuo TTL wireless system and YN622C radios.

The Yongnuo YN685 II camera flash has high-speed sync, a zoom function from 20 to 200mm, and a retractable diffuser. The recharge time is 2 seconds at full power, which is a significant improvement over the 3 seconds in the previous version.

The Yongnuo YN685 II CTTL Speedlite will retail for $129.95 and is already listed on the Bhphotovideo.com online store.

Recently, Yongnuo has announced the new YN650EX-RF Speedlite on-camera flash, which features not only an oval shape but also a built-in ring of LEDs located around the main ledlamp, these LEDs can serve as a modeling light or even a light for shooting video, and is priced at $139 only.

Thanks for reading! If my article helped you, I would be happy if you visit Techtoyreviews again and follow it on Social media. This article contains partner "affiliate" links. Clicking on it will take you to the provider and if you make a purchase, Techtoyreviews will receive a small amount of support.
@Techtoynews
Previous Devialet Phantom I Luxury Wireless Bluetooth Speakers Introduced
Next Rupert Neve Designs 5057 Orbit Summing Mixer with 16 Channels

Garmin launches a new Dash Cam Live with an LTE module, anti-theft alarm, and many more 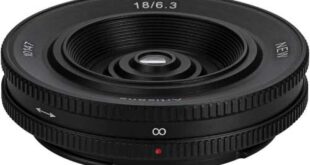