It is quite compact and weighs only 295g. The maximum aperture of f/2 should provide a soft blur effect, as well as the ability to shoot in low light conditions.

The optical design consists of 9 elements in 8 groups. There is one aspherical lens to compensate for aberrations, one low dispersion lens for distortion suppression of wide-angle optics, and two ultra-high refractive lenses, as well as a multi-layer anti-reflective nano-coating.

The lens’s USB Type-C connector should make it easier to download firmware updates. We can also note the rather neat and nice design of the new lens.

The price of the Yongnuo YN35mm F2S DF DSM prime lens is $246 and is now available t buy on the Amazon.com website.

Recently, Sony has also announced a FE 28-60mm F4-5.6 wide angle zoom lens that is a good start for newbies and allows them to capture both stills and videos in all genres, priced at $498.

He started this blog as a hobby to show his affection for gadgets, but over the time this hobby became professional. And now he is working as a full-time blogger, but in free time he loves watching movies and games. PayPal donation for TechToyReviews will be appreciated.
@ankit4554
Previous Gigabyte Aorus RTX 3090 Gaming Box offers Ampere Power via Thunderbolt
Next OWC Envoy Pro Elektron Portable SSD is Waterproof with USB 3.2 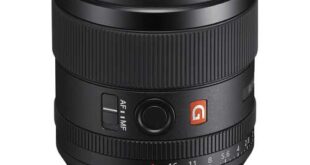 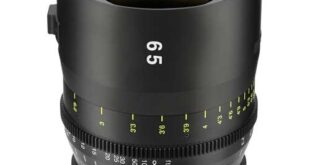 Which one to choose? Canon or Nikon, the debate has not subsided so far, and …