Xiaomi has just announced a list of devices that will be updating Android Pie or Android Oreo in the fourth quarter of this year. From now until the end of the year, these models will receive the final beta or stable version.

Many Xiaomi smartphones in this name are updated Android Oreo, some of the new high-end line up on the Android Pie because they selling these devices are Android 8.0 or 8.1 Oreo out of the box.

The Android Oreo update includes only Mi 5s Plus, which is delayed due to software issues, while the Redmi 5, 5A, 5 Plus, and Mi 5X will be updated to Android Oreo beta in Q4/2018. 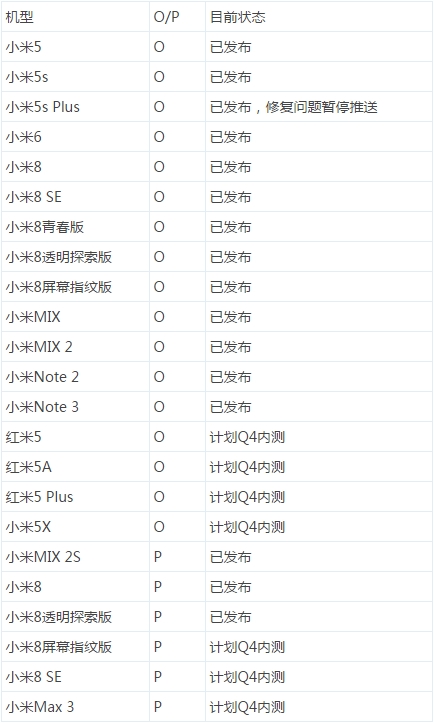 The Android Pie beta will be released for Mi 8 SE, Mi 8 Pro and Mi MAX 3 in the fourth quarter. The Mi MIX 2S, the Mi 8 standard and the Mi 8 Explorer Edition were able to download the Android Pie stable update.

He started this blog as a hobby to show his affection for gadgets, but over the time this hobby became professional. And now he is working as a full-time blogger, but in free time he loves watching movies and games. PayPal donation for TechToyReviews will be appreciated.
@ankit4554
Previous Fallout 76: PC System Requirements Revealed
Next Deals: LG G7 ThinQ on Sale via BestBuy, Priced at $549.99