Wacom has officially introduced its most advanced line of Graphic Tablet – the MobileStudio Pro 16, which is a professional drawing tablet with screen of 15.6-inches, supported drivers, powerful hardware configuration, and built-in Windows 10 Pro helps you easily draw anytime, anywhere, on the go or in the office, suitable for artists – also works as an art tablet, professional designers as well as content creators.

Talking about Wacom, they are not too strange to customers who are architects, painters, and designers, they even intervene to cooperate in the production of components for devices. Digital devices that we often see every day like Samsung Galaxy Note pens, other stylus pens of many mobile device manufacturers such as Lenovo, Fujitsu, Huawei, Dell, Toshiba, and more.

This new Wacom Graphic Tablet features a 15.6-inch 16.7 million color IPS display with 4K (3840 x 2160 pixels) UHD resolution with 85% Adobe RGB gamut. It comes with a built-in Windows 10 Pro operating system to run independently or can connect and compatible with the latest Windows and macOS systems. On the surface of the pen tablet is equipped with a glass layer with a sturdy design and after using the Wacom Pro 2 pen comes with up to 8192 pressure sensitivity you will feel like you are working on a real drawing pad.

The MobileStudio Pro 16 drawing tablet is also equipped with three Thunderbolt 3 ports on the side, along with Wi-Fi (802.11ac) and Bluetooth 5.0 for easy wireless connectivity. It also has a handy SD card reader, which makes it easy to copy files between SD cards. It is also equipped with 2 cameras: a 5MP camera on the front and 8MP on the back of the device with an audio connector.

Some other features are equipped on MobileStudio Pro 16 graphic tablet such as customizable ExpressKeys, Radial Menu, 10-finger multi-touch, fingerprint recognition and more. The viewing angle of this tablet pc screen is quite large with a horizontal viewing angle and vertical up to 176° with a screen brightness of 310 cd/m². The included 4630mAh lithium-polymer battery can work up to 5.5 hours on a full charge.

He started this blog as a hobby to show his affection for gadgets, but over the time this hobby became professional. And now he is working as a full-time blogger, but in free time he loves watching movies and games. PayPal donation for TechToyReviews will be appreciated.
@ankit4554
Previous Blu G9 Get Up to $20 Instant Discount via B&H Store, Limited Time Offer
Next Nokia Power Earbuds True Wireless Earbuds with 3000mAh Charging Case at IFA 2019 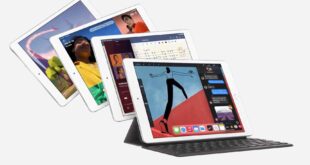 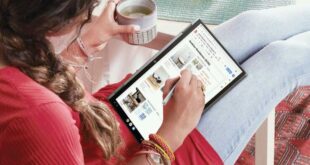 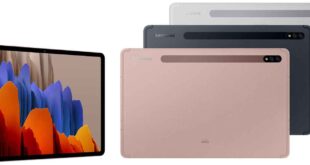