We increasingly hear about virtual reality and VR-ready devices, but in practice what do we mean? Basically, it is a simulated reality in which we can dive using appropriate tools. Among these, we find the VR headset, equipped with a screen and sensors that make our reality altered. In this guide, we will see what VR Headset for PC and PS4 to buy. 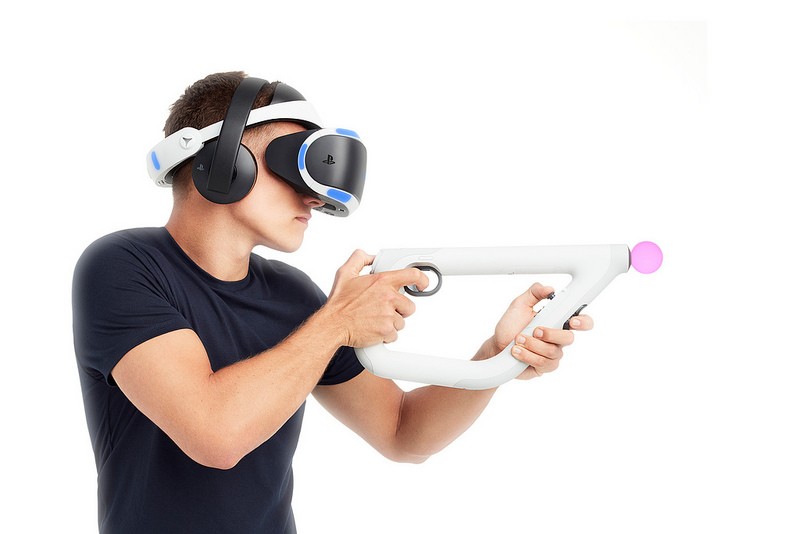 A PC and PS4 VR headset are distinctly different from a smartphone VR headset, as it must be provided with:

That’s it, let’s go into the matter and see what VR headset to buy.

The only VR headset available for the PlayStation 4 is the original Sony one.

From the sensor point of view, we find the accelerometer and the gyroscope (in this case with 3 axes). Moreover, for the correct operation in the game, it is necessary to use the PlayStation Camera, which can be purchased in bundles with the headset.

The most well known and most loved VR headset for PC is the Oculus Rift, which finally lands on sale after the various Developer Kits.

Giving an eye to the specifications, we find an OLED screen with a resolution of 2,160 x 1,200 pixels and refresh rate of 90Hz.

The sensors in this bundle are really many, starting from the accelerometer, gyroscope, magnetometer, and 360° positional tracking.

To further improve the gaming experience, there are two controllers and an integrated audio system.

The titles available for Oculus Rift are really many, but you will need a not indifferent hardware. In order to make the most of your VR headset, you will need at least one PC with an Intel Core i5-4590 (or equivalent) and a Nvidia GeForce GTX 970 or AMD Radeon R9 290 graphics card.

Another well-known headset is the HTC Vive, characterized by an OLED display with a resolution of 2,160 x 1,200 pixels and refresh rate at 90Hz.

In addition to sensors such as accelerometer, gyroscope, and magnetometer, we find a camera and two external lasers that will work as detectors to ensure a better experience during augmented reality sessions.

Among the VR headset for PC and PS4 that we have seen, this of Acer Mixed Reality Headset proves very interesting: in fact, it supports Windows MR Application Platform.

Under the hood, we find a screen with a resolution of 2.880 x 1.440 pixels with a refresh rate of 90Hz. .
In addition to the usual motion detection sensors, we find two front AR cameras and two controllers.

A VR headset for PC and PS4 is certainly not an instrument accessible to everyone. Not only is it quite expensive, but it requires a considerable amount of hardware. Despite this, your traditional video game experience will be completely distorted and no games will be as before.

Thanks for reading! If my article helped you, I would be happy if you visit Techtoyreviews again and follow it on Social media. This article contains partner "affiliate" links. Clicking on it will take you to the provider and if you make a purchase, Techtoyreviews will receive a small amount of support.
@Techtoynews
Previous Buy FeiyuTech Vimble 2 Gimbal Stabilizer At A Dropped Price Of $79
Next Razer Phone 2 With 5.7-inch QHD IGZO Display, 8GB RAM, SD845, Dual Camera Launched: Price, Specifications, and Availability