Early this month, HMD Global announced the launch of most talked about feature phone ‘Nokia 3310’ in UK and is now available for pre-order through Amazon online store. Meanwhile, a feature phone named “VKworld Z3310”, almost identical to new Nokia 3310 or you should call it Nokia 3310 clone which is found selling in USA. The VKworld Z3310 is priced at just $22.99 and is available for purchase through Amazon in four attractive colors: Blue, Orange, Grey and Yellow.

This VKworld Z3310 looks pretty similar to new avatar of Nokia 3310 in terms of design. The keypad layout and the camera cutouts also similar to Nokia 3310. The only noticeable difference is the placement of the micro-USB charging port, which is placed at the bottom in the clone, while in Nokia 3310 it is placed on the top.

As per Amazon listing, the VKworld Z3310 features a 2.4-inch display with the resolution of 320 x 240 Pixels. It comes with 32MB of RAM + 32MB of ROM and comes with an option to expand the storage up to 8GB via micro SD card. But this new Nokia 3310 clone has a 2-megapixel rear camera with LED flash and LED torch on top edge. It gets its power from Spreadtrum 6531 chipset and packs a 1450mAh battery promising long time usage. It offers Dual SIM, 2G, Bluetooth 2.0, FM Radio, Games, Music Player, Internet Browsing, and Video Recording support. 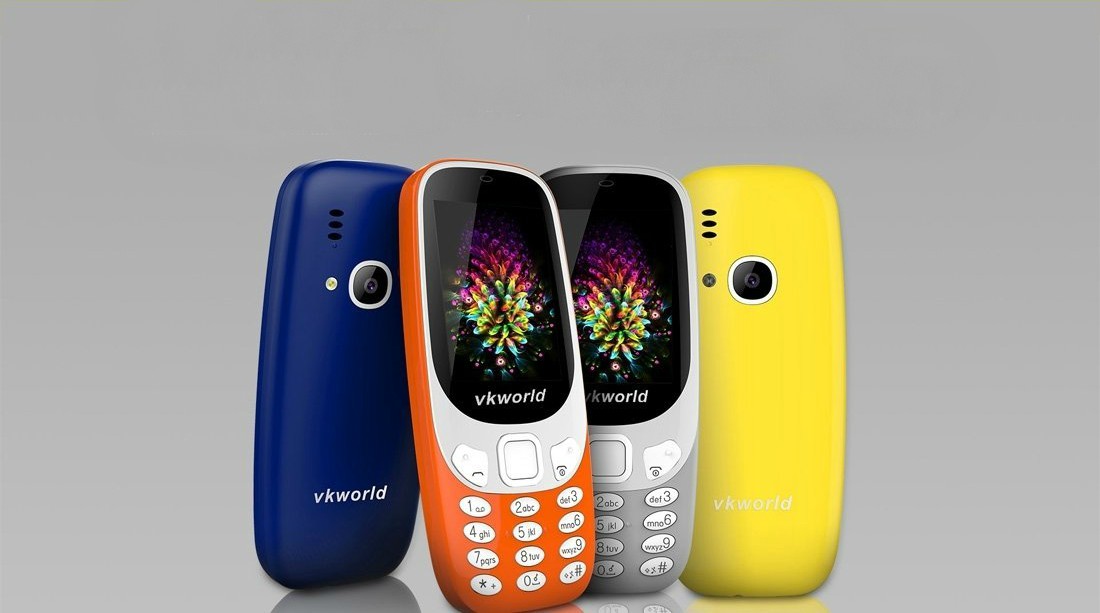 As we all know that the new 3310 won’t work in the US, that’s because it uses technology that US carriers don’t support, specifically, the 900-MHz frequency. In order to work with a carrier such as AT&T, the 2G-only phone would have to use the 850 frequency in addition to 1900.

So if you’ve been dreaming of picking one up for yourself, now you should pick the VKworld Z3310 as a quite close alternative of the Nokia 3310, cause you’re now not in a world of disappointment.

Thanks for reading! If my article helped you, I would be happy if you visit Techtoyreviews again and follow it on Social media. This article contains partner "affiliate" links. Clicking on it will take you to the provider and if you make a purchase, Techtoyreviews will receive a small amount of support.
@Techtoynews
Previous Deal: Get the Amazon Echo voice-controlled speaker at $129.99
Next Monster Hunter XX Nintendo Switch Version Gameplay and Images