ViewSonic launched the Elite XG270QG 144hz gaming monitor model for gamers in the market late last year. The ViewSonic monitors have parameters such as a 27-inch screen size with 2K resolution, 144Hz refresh rate, 1ms GtG response rate as well as IPS Nano Color display panel for 98% DCI-P3 coverage. And this is the ViewSonic Elite XG270QG review that we are going to present here, so you too can enjoy our experience and will definitely tell us how you liked this article.

In appearance, it is the Elite series that was launched in 2019, which is better than the Elite series with specific threads in the old lineup. Viewsonic certainly emphasizes the consistency still in each line, in addition to Elite XG270QG, also has modern designs, more options for gamers.

Positioned next to other good gaming monitors of the same size, the ViewSonic Elite XG270QG has a stiffer appearance, which looks larger than the rest due to its large, firm T-shape base. The base of the bottom surface is made of scratched metal, combined with a multi-function foot frame, which creates a heavy center of gravity, tightening the table surface to nothing to reduce screen vibration. The tripod frame can also rotate the screen left and right, up and down, as well as provide a suitable height for all users.

A small but delicate point is that the XG270QG has a handle for carrying, moving the screen easily. A point that ignores opponents but the XG270QG does, it doesn’t spoil the monitor appearance at all.

Gamers cannot ignore the eye-catching RGB LED light on the screen body and the Elite XG270QG QHD monitor is no exception. ViewSonic fitted a hexagonal LED ring at the back of the panel as well as two LED strips below the bottom edge of the screen. In addition to fine-tuning RGB LEDs according to the built-in effects in the menu on the screen, Viewsonics also features RGB color support with gaming gear from leading gear makers like Razer, Thermaltake through software such as Razer Chroma, Thermaltake Plus.

To support this, users have to install ViewSonic’s software, the Elite Display Controller, and then select the RGB Alliance to sync with the above gear’s software, now we have a beautiful standard RGB angle. Otherwise, the available effects such as Rainbow, Breathing, Waterfall, Elite, Jazz, and Elite Global is enough to satisfy gamers.

The ViewSonic Elite XG270QG has two built-in 2W speakers behind the screen. It can be said that the capacity of this speaker allows us to use enough in a small room area of ​​20-25m2 as the volume is sufficient, the sound is lacking in bass but the details are clear, increasing the volume at a higher level than the sound breaks a bit, so our advice is to listen to the sound at a moderate level.

The display border is relatively thin on the sides and the top, while the bottom is quite thick, engraved with the “ELITE” logo that demonstrates ViewSonic’s series. A dot of LED light that shows the monitor on or off is located along with the Nvidia G-Sync stamp sets opposite to each other. The bottom edge is thick due to the integration of the above two LED strips with the additional navigation buttons located below. ViewSonic has improved here so there are quite a few operation buttons on it: screen on/off button, adjustable navigation joystick button, a quick-access button for quick access to assigned features such as blue filter is in the default mode.

In addition, the bottom edge of the screen also has 2 clips intended to separate the keyboard and mouse strings so that the monitor feels more compact, a psychological point of ViewSonic that wants every gamer to experience.

ViewSonic also offers a built-in holder to hang your gaming headset that can be folded down and placed right on the side of the screen, which gives us great satisfaction.

A funny thing from the beginning that we didn’t know was that the ViewSonic XG270QG monitor was paired with two fish fins mounted on the sides, the company called it Sight Shields. The purpose of this item is only suitable for allowing the ViewSonic screen to be used for competition, installed on both sides, avoiding other eye-gazing to the next device is having combat moves or any position in the game.

Back to evaluate the inside of the Elite XG270QG, we feel that this is the right monitor for professional gamers, and even for graphics people as well. A 27-inch screen with a 2K resolution (2560×1440), we find it very reasonable because the pixels are enough, the pixels at FHD resolution are not easy to see but feel slightly sharper than at 4K resolution.

The panel of XG270QG is IPS Nano Color, which can be said to be one of the best IPS panels in the mid-range price segment. Panels for color coverage higher than the IPS monitors usually available on the market. In testing the measuring instrument using SpyderX Pro to color balance, the results are really impressive. Even the actual experience, we feel the scenes in the game are spread out colors really flattering as well as the experience of movie frames very well. The deep black background details or the watercolor of the object appear accurate. Even when we experienced photo editing, it gives us color accuracy in detail.

One small thing when we first experienced it is the warmth of the white screen, which has a slightly yellow orientation. At first, we felt a bit uneasy, but it is also quite reasonable for gamers to withdraw the warm yellow color to play the game for a long time. ViewSonic also equips color presets for the screen and a blue light filter through the quick-access button as we said earlier.

Through the experience of playing fast-action games like Call of Duty Warzone or Rage 2, we did not see a case of bursting images or shaded images at all. The XG270QG allows refresh rates up to 165Hz through overclocking. In addition, the 1ms GtG response time makes the game images quickly respond. It is worth saying with conventional IPS panels, to speed feedback 1ms is a really difficult thing.

This is our experience after using the Vivasonic XG270QG gaming monitor for a week. For us, gaming is entertainment only, so we only use it as a normal screen. After moving through the experience for a while, gaming with a refresh rate as high as 165Hz on the screen has really changed quite a lot, tasks as well as the response speed, refresh rate greatly improved. Compared to a normal 60-75Hz display, what we love most is that the color palette is highly customized, even suitable for photo editing or graphics work.

With the price being in the range of $600, can be purchased through the Bhphotovideo.com store, it is actually a bit expensive than expected. But in terms of a price range with rivals, almost no product supports more features than the ViewSonic Elite XG270QG. If someone is looking for a monitor for gaming that satisfies both gaming and entertainment, as well as is also hardcore at creating graphics, then this is a memorable option.

He started this blog as a hobby to show his affection for gadgets, but over the time this hobby became professional. And now he is working as a full-time blogger, but in free time he loves watching movies and games. PayPal donation for TechToyReviews will be appreciated.
@ankit4554
Previous Pentax K-1 Mark II, K-1, and K-3 Received New Firmware Updates
Next Dell UltraSharp U2421HE 24-inch USB C Monitor for Office Work 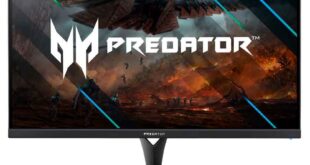 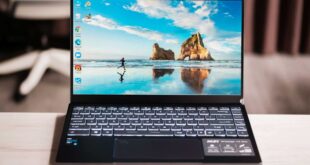 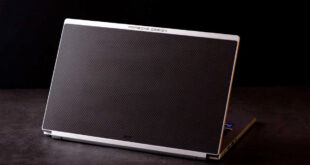 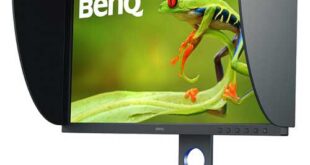