In addition to the new mount options, the lenses will remain unchanged. Below are brief descriptions of each of the three lenses.

The optical design of this manual fisheye lens consists of 7 elements in 6 groups. The aperture range is F2.8 to F16. 7 Diaphragm Blades, minimum focusing distance is 80 cm. Weighs approximately 135 g, and it can be used with either a full-frame sensor or an APS-C sensor.

It has been priced at $199 and is already available to buy on the Bhphotovideo.com, and Adorama.com websites.

This is also a manual lens. The ‘Zero – D’ mark means it is from the ‘Zero Distortion’ range. It has a fairly complex design of 15 elements in 10 groups, including three extra-low dispersion elements and two aspherical elements, as well as the Venus Optics Frog Eye Coating on the front lens to protect it from dust and dirt. Aperture range: F2.8 to F22. Minimum focusing distance – 12 s, weight – 215 g.

It has been priced at $499 and is already available to buy on the Bhphotovideo.com, and Adorama.com websites.

This is a unique Venus Optics lens among consumer optics. Designed for both video and still photography, it consists of 27 elements in 19 groups, including two extra-low dispersion and one ultra-high refractive index. The closest focusing distance is 2 cm, which provides a 2: 1 magnification ratio. It has built-in LED illumination around the front element of the lens to ensure that tiny objects are well lit without the need for additional light sources.

The “Standard” version for stills has the familiar and traditional focus and iris rings, while the “Cine-mod” version has teeth for use with direct or remote focusing systems.

It has been priced at $1,599 and is already available to buy on the Adorama.com website.

Recently, Venus Optics has announced a new full-frame ultra-fast wide angle lens Laowa Argus 35mm f0.95. This lens is the fastest 35mm lens ever developed for full-frame cameras. The lens is available for several mounts at once, namely for Sony E, Nikon Z, and Canon RF mounts, and is priced at $899.

He started this blog as a hobby to show his affection for gadgets, but over the time this hobby became professional. And now he is working as a full-time blogger, but in free time he loves watching movies and games. PayPal donation for TechToyReviews will be appreciated.
@https://twitter.com/Techtoynews
Previous DJI Mavic 3 revealed with Hasselblad dual camera and longer runtime
Next Dell S2722DC WQHD 4K UHD Monitor with USB-C 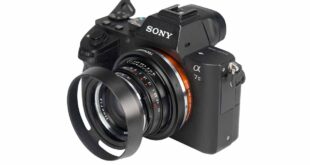 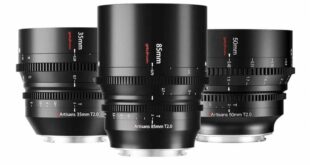 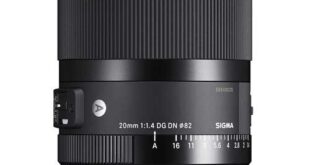