With the TicWatch Pro 3 Ultra GPS, Mobvoi is introducing the latest update to its Pro-line and is also sending the Wear OS smartwatch straight to the sale. A 4G LTE version will follow in November. Both have Qualcomm’s Snapdragon Wear 4100 and their own co-processor for the dual display.

Instead, Mobvoi adds its own co-processor, which, like the Cortex-A0-based QCC1110 on the Snapdragon Wear 4100+, is supposed to supply the always-on display in standby and ensure lower energy consumption. In contrast to Fossils Gen 6 with Snapdragon Wear 4100+, where the co-processor enables more colors in always-on mode than before, Mobvoi’s Pro-Line activates an FSTN display in standby that sits above the AMOLED display.

With its predecessors, TicWatch Pro 3 GPS and TicWatch Pro 3 LTE, the Pro 3 Ultra GPS combines features such as a loudspeaker, microphone, and NFC for Google Pay, a storage volume of 1 GB RAM and 8 GB ROM, same housing size (47 x 48 x 12.3 mm ) and weight (41 g without tape), as well as certification according to IP68.

Mobvoi, on the other hand, has improved its resistance to shocks, solar radiation, extreme temperatures, and negative pressure, for which the new TicWatch has passed several tests according to the US military standard 810G. Mobvoi is adding a compass to the accelerometer, gyroscope, and barometer sensors and replacing the optical sensor: the new HD-PPG sensor, like the TicWatch E3, now measures the oxygen saturation in the blood. It also supplements IHB (Irregular Heartbeats) and AFib (Atrial Fibrillation) monitoring to detect atrial fibrillation and, from the heart rate variability, concludes the mental state of the watch wearer. Mobvoi has increased the original 13 sport modes of the training app in the predecessor to over 20.

The Ultra in the name should refer to the higher resistance. The 577 mAh battery range, according to Mobvoi in smart fashion as usual for up to 72 hours. The TicWatch Pro 3 Ultra GPS will come with version 2 of Google’s Wear OS operating system, Wear OS 3 will receive next year.

And finally, Apple has also started to take pre-orders for the Watch Series 7, and delivery will begin in on Friday, October 15th. As usual, Apple offers a variety of different models, Apple Watch Series 7 price ranges from $399 to $1,499. Apple Series 7 watch was introduced with the all-new iPhone 13 series and new iPad Mini 2021 tablets.

He started this blog as a hobby to show his affection for gadgets, but over the time this hobby became professional. And now he is working as a full-time blogger, but in free time he loves watching movies and games. PayPal donation for TechToyReviews will be appreciated.
@ankit4554
Previous Sony FE 70-200mm f2.8 GM OSS II: More Compact and Lighter
Next Bowers & Wilkins Zeppelin returns, with AirPlay 2, Amazon Alexa, and Hi-Res Sound 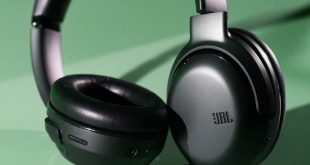