According to the manufacturer, the home NAS storage demonstrates a write speed of up to 670 MB / s and a read speed of up to 650 MB / s in a configuration with five 6 terabyte Seagate IronWolf NAS drives combined in a RAID5 array. This means that the NAS Network storage device is quite suitable, for example, for professionals editing 4K video, or solving other tasks that require high-speed data transfer speeds.

The Network Storage is running the TOS 4.1.0 operating system, which allows you to create backup copies of data, manage the file server, optimize your shared services and perform other functions simply and conveniently for the user. The operating system includes a set of application software, including multimedia focus. There is support for Time Machine server, Rsync and remote backup, third-party backup solutions, synchronization with home cloud storage.

The dimensions of the device are 227 x 225 x 136 mm and for cooling network hard drive, it has two 80mm fans. TerraMaster F5-422 has been priced at $599.99 and it can be purchased through Amazon and Bhphotovideo online stores.

He started this blog as a hobby to show his affection for gadgets, but over the time this hobby became professional. And now he is working as a full-time blogger, but in free time he loves watching movies and games. PayPal donation for TechToyReviews will be appreciated.
@ankit4554
Previous Fujifilm X-Pro3 With 26MP Sensor, Hybrid Viewfinder announced: Price, Specs, and Availability
Next Moto One Hyper with 32MP Pop-up Camera: Photos, Specifications and More 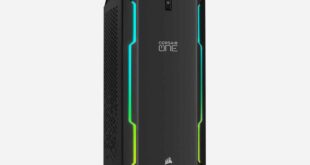