Sony introduces the first Alpha series best mirrorless camera for vloggers called ZV-E10. It combines the proven image technologies from Sony with a high level of user-friendliness and a range of functions optimized for vlogging and content creation.

The heart of the ZV-E10 is the Exmor CMOS APS-C sensor with 24.2 megapixels (effective) and the BIONZ X image processor. Together they provide high-sensitivity images, detailed textures, and natural-looking bokeh. In addition, the ZV-E10 offers various functions that are specially tailored to vlogging and have already proven themselves with the ZV-1 digital camera. These include the bokeh button, with which the user can quickly switch between background blur (bokeh) and a sharp background, as well as the product showcase function, with which the camera automatically sets the focus point from the vlogger’s face to the object relocated to be presented.

The Sony ZV-E10 has a user-friendly design and, at only about 343 grams, it is extremely lightweight. The camera is equipped with an LCD screen that can be opened to the side, which means that external microphones can easily be attached to the top of the camera. This simplifies handling and users can see the display clearly in selfie mode and from high and low angles.

In addition to the practical display, the ZV-E10 has several other user-friendly features that were specially developed for vlogging. For example, this includes a new photo/movie / slow-motion/time-lapse button on the top of the camera that allows users to switch recording modes with a simple touch.

The ZV-E10 has fast hybrid AF and autofocus with real-time eye detection for still images and real-time tracking for video recordings. This enables it to track the subject’s face and eyes even when taking pictures on the move and in difficult surroundings and to focus quickly and precisely. In addition, users can adjust the camera’s AF settings, such as the AF transition speed and the sensitivity of the AF subject shift, to choose between fast or slow-focusing depending on their creative preference.

The touch focus function of the ZV-E10 makes it possible to set the focus position for photos intuitively by simply touching the screen. With a tap of the finger, users can immediately shift the focus position to a subject on the edge of the image. This is possible in both photo and video mode.

Thanks to the modern technologies from Sony, the ZV-E10 enables sound recordings in which the speaker’s voice can be heard clearly and distinctly. This is ensured by the integrated directional 3-capsule microphone with the supplied windscreen, which greatly reduces wind noise. For extended audio options, the ZV-E10 offers a digital audio interface via the cap of the Multi-Interface (MI) accessory shoe and a microphone socket for connecting an external microphone. The headphone jack allows users to connect headphones to closely monitor the sound recordings. The timing of the audio output can be set for Live or Lip Sync.

When taking pictures in different environments with strong changes in light, the ZV-E10 automatically corrects the exposure so that the subject’s face is not overexposed or underexposed. A dedicated AE algorithm with face prioritization is used for this, which enables fast automatic exposure (AE) transitions. The camera recognizes the subject’s face and adjusts the exposure so that it is optimally illuminated – even when taking selfies in scenes with extreme changes in light and even if the face is briefly turned away from the camera. In addition, the camera uses the same sophisticated color know-how as the popular ZV-1 and can therefore optimize the skin tones for any subject, both in photo and video mode.

The ergonomic handle and the large movie button conveniently located on the top ensure that the new ZV-E10 is easy to use. An optional wireless remote control handle (GP-VPT2BT, sold separately) simplifies the one-handed operation with easy control of zoom and recordings and a customizable button. A recording light on the front of the camera shows at a glance whether the recording is in progress. In addition, a red frame appears on the LCD screen during the recording so that the user can immediately see the recording status even if he is behind the camera.

A unique feature of the ZV-E10 is the zoom lever, which can be used to operate the optical zoom for power zoom lenses and the clear image zoom for fixed focal lengths. When a prime lens is attached to the camera, users can zoom in without affecting the 4K video resolution. There are also eight zoom speed settings to choose from, which further increases creative flexibility.

Thanks to the high battery capacity of the ZV-E10, even long recordings are no problem: With a fully charged battery, videos of up to 125 minutes can be rotated or 440 pictures can be recorded. When recording indoors, power packs such as the optional AC-PW20AM can provide power so that users do not have to worry about battery consumption.

On the go, external batteries can be connected to the camera with a USB Type-C cable in order to continue to supply it with energy and thus extend the battery life. To reduce the consumption of the camera battery, the ZV-E10 can activate the energy-saving mode by closing the LCD screen; as soon as the display is opened again, the recording can be continued immediately.

The ZV-E10 can also be used as a high-quality webcam or live streaming camera. Connected to a PC or smartphone, it increases mobility when streaming without the need for additional software. For example, users can benefit from the excellent image and crystal-clear audio quality of the ZV-E10 while streaming live or during video calls and can use the automatic exposure with face prioritization and the soft skin effect. The ZV-E10 supports standards for USB cameras such as UVC (USB Video Class) / UAC (USB Audio Class). In addition, users can connect the ZV-E10 to a power source using a USB cable so that they can stream for longer. And for added convenience, the streaming function can be assigned to a user-defined button to start broadcasting immediately.

Sony ZV-E10 mirrorless camera for vloggers has been priced at $698 for body only or $798 for the camera with a 16-50mm lens kit. It is now available to pre-order on the Bhphotovideo.com and Adorama.com online stores.

He started this blog as a hobby to show his affection for gadgets, but over the time this hobby became professional. And now he is working as a full-time blogger, but in free time he loves watching movies and games. PayPal donation for TechToyReviews will be appreciated.
@ankit4554
Previous Asus PN51 Mini PC Barebone with AMD Ryzen 5000 processors
Next iFi iDSD Diablo Review: Portable DAC/Headphone Amp with Realistic Sound 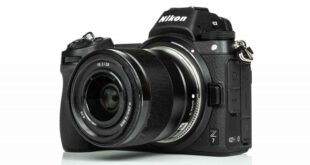 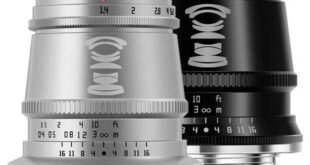 GoPro Hero 10 Black is here: The best action cam is even better but also costs more

In June 2021, Nikon had announced this neatly bright, but above all compact 40mm lens …