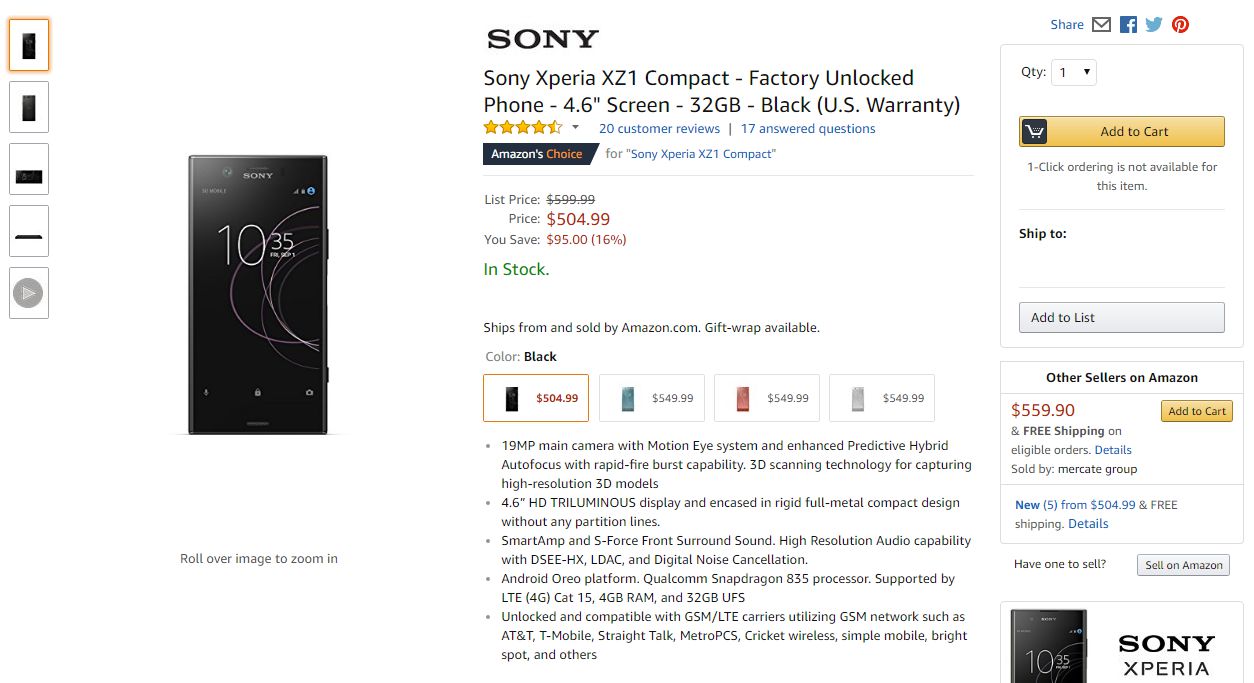 TRILUMINOS Display is 4.5-inches with HD (1280 x 720 pixels) resolution, X-Reality and Gorilla Glass 5 protection. Compared to the predecessors it comes with a more powerful SoCs, based on the Qualcomm Snapdragon 835 platform, and a more refined design. New from the software point of view as the new Xperia will be one of the first devices in the market with the pre-installed Android 8.0 Oreo operating system.

The Sony XZ1 Compact is powered by Qualcomm Snapdragon 835 SoC, the 2700mAh battery with Qnovo Adaptive Charging and Fingerprint sensor. It packs 4GB of RAM and 32GB for internal storage which expandable via microSD slots. It has a metal body and comes with IP65/68 ratings for dust and water resistance.

He is newbie on the Techtoyreviews. An enthusiastic mechanical qualifier who additionally Interested in the latest gadgets and tech. An exceptionally tech savvy who is always discovered reading or writing on technology. In spare time like to peruse books and playing Cricket. PayPal donation for TechToyReviews will be appreciated.
@jigneshdudakiya
Previous Oppo F5 Price in India, Specifications, and Availability
Next Star Wars Battlefront 2: Available on EA Access with Xbox One X Enhancements