The new Sony Xperia 1 III will be the next top-of-the-range flagship smartphone announced by Sony in mid-April that will hit the market this July along with compact Xperia 5 III, which shares most of the technical data starting with the unprecedented photographic arena with the 6.5-inch model, except for the Xperia 1 III’s 3D iTof privilege.

And it is on the qualities of the cameras that the curiosity of enthusiasts and professionals is most focused, given that the new range brings to the market for the first time a 70-105mm optical telephoto lens equipped with a Single Variable Attitude lens.

Compared to the Xperia 1 II, this third generation is not much different in design. Sony only seems to be complete in terms of features and software. It has the same flat, square design, taller proportions, and a misaligned camera module.

This year, the rear has changed to rough glass, which is not only better to grip but also leaves fewer fingerprints and scratches. While the entire smartphone world follows the same style, glossy colors, Sony follows its own path. Even purple is different in contrast to the normal purple color.

The device we borrowed is Frosted Purple, but it has a deep and strange tone. It is essentially purple, but when tilted to another light direction, it turns out a bit blue and gray. The Xperia 1 III also has very beautiful Frosted Black, and Frosted Gray colors like used in cars, as that color is a trend, the phone we find is quite rare, so it will be unique.

The 3.5mm port is still intact from the second generation, but there’s no headset included in the box. The device has a SIM slot on the left side and can be easily removed by hand without the need for a stick, even though it is IP68 waterproof.

On the right are a series of hard buttons, including the volume button, the power button with the fingerprint sensor (Sony still refuses to bring an on-screen fingerprint sensor), the hard button to call the virtual assistant for the first time, and finally, the button takes a picture. This year’s shutter button is bigger, press lightly and hold to focus, press hard to shoot.

The device still comes equipped with a 6.5-inch 21:9 aspect ratio screen and a 4K OLED panel with a 120Hz refresh rate. Sony says it’s the first phone with a screen with such a standard. In addition to the true Sony design, the long screen ratio also makes Xperia 1III different.

The device is powered by Snapdragon 888 SoC with 12GB RAM, 4500mAh battery, and triple 12MP cameras. Coming to the camera, although there are only 3 lenses, the device has four focal lengths (70mm and 105mm with the same lens).

All three of these lenses have 12MP resolution, we haven’t had a chance to test the camera quality, but we will definitely come up with a new article about Sony Xperia 1 III review. And we believe that there will be improvements in the camera department over last year’s generation. Photo Pro is a photography application with the same interface as the device and multiple shooting modes.

The Sony Xperia 1III will be available in Frosted Purple, Frosted Black, and Frosted Gray colors from July 1st, 2021, and is already listed on the Bhphotovideo.com and Adorama.com websites without any pricing details.

He started this blog as a hobby to show his affection for gadgets, but over the time this hobby became professional. And now he is working as a full-time blogger, but in free time he loves watching movies and games. PayPal donation for TechToyReviews will be appreciated.
@ankit4554
Previous Razer Opus X Bluetooth Wireless Headphones with ANC and Low Latency at Attractive Price
Next Moto G Stylus 5G with Snapdragon 480, 5,000mAh battery, and More 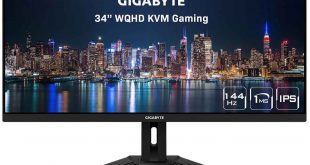 At the start of the new year, the leading rugged phone brand Blackview introduced a …