The new Sony WH 1000XM4 have finally been officially announced. The over-ear Sony Noise Canceling headphones not only have decent equipment including ANC and 30 hours of battery life, but also Sony’s “360 Reality Audio” technology and some features that are made possible by artificial intelligence.

Much has been speculated and leaked about the Sony WH-1000XM4, today Sony finally officially presented the new Noise Canceling Bluetooth headphones in a live stream. The headphones use 40 millimeter drivers that should be able to reproduce a frequency range from 4 Hz to 40 kHz. The connection is made either via a 3.5 mm AUX cable or via Bluetooth 5.0, whereby SBC, AAC and LDAC are supported for the transmission of sound, however, Qualcomm aptX is not supported.

Sony promises a battery life of up to 30 hours with activated ANC or 38 hours without active noise cancellation. Charging takes place via USB-C, a charging process takes about 3 hours. Active noise cancellation remains one of the highlights of the headphones, but the ANC is said to have been further improved, making it the industry leader. Sony is sticking to the same QN1 chip that was already used in the predecessor, the progress should be achieved through a better algorithm.

Some new features are made possible by artificial intelligence. The Sony 1000XM4 learns about the user’s favorite places over time, such as the workplace or the gym, the sound and the ANC settings are then adapted to the respective preferences – this can also be controlled via the associated app. The Transparency mode has also become more intelligent, for example, only voices in the vicinity are amplified, while annoying background noise can be reduced at the same time.

Playback is automatically paused when the WH1000XM4 headphones are removed, a touch-sensitive surface allows control of the playback. If the whole palm of the hand is placed on the auricle, the ambient noise is temporarily amplified. Alexa and the Google Assistant are also supported.
Sony also relies on artificial intelligence when it comes to sound: DSEE Extreme (Digital Sound Enhancement Engine) is designed to compensate for sound losses that occur during the compressed transmission of, for example, MP3 files.

With 360 Reality Audio on Sony XM4 you should be able to hear compatible music even more immersively – however, this is not classic virtual surround sound, the feature is only compatible with specially mixed music that should be available via selected apps.

The Sony WH 1000XM4 are now available to pre-order for a recommended retail price of $348 on Bhphotovideo.com and Amazon.com online stores.

If you’re interested in Truly Wireless Earbuds, then we have the Sony WFSP800N (REVIEW), comes with a combination of good design, useful specifications, clean, enjoyable sound, active noise cancelling and a very affordable price.

He started this blog as a hobby to show his affection for gadgets, but over the time this hobby became professional. And now he is working as a full-time blogger, but in free time he loves watching movies and games. PayPal donation for TechToyReviews will be appreciated.
@ankit4554
Previous ASM releases Firmware Ver. 1.5 for ASM Hydrasynth Synthesizer keyboard
Next New MSI Creator 15 with 4K display and Nvidia RTX 2080 Super Max-Q GPU 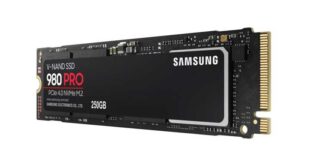 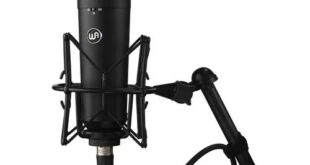