Sony has just announced that it will hold an event on the day 24/4 to the Sony World Photography Awards, Sony Photo Contest 2015, while introducing a number of new products.

According to leaks, the product may be forthcoming Sony RX2, RX100 mark IV, Sony A99 II. The sources said his own appearance Sony RX100 mark IV is sure and besides can be an A-mount cameras. The leakage foreign sources believe that the event is an opportunity for the introduction of the Sony A99 mark II with 50 megapixel sensor and A-mount clamp. There is no further information about the mirrorless Sony A9 – or A7r mark II with 50megapixel sensor.

He started this blog as a hobby to show his affection for gadgets, but over the time this hobby became professional. And now he is working as a full-time blogger, but in free time he loves watching movies and games. PayPal donation for TechToyReviews will be appreciated.
@https://twitter.com/Techtoynews
Previous LG official event invitation for LG G4 on 28/4
Next Instagram update: More features and Color tone 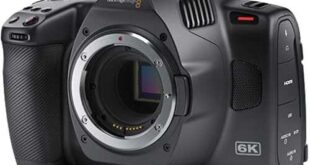