Three and a half years after the Sony a7 III, Sony introduced the successor Sony a7 IV, which is technically characterized primarily by the newly developed 33-megapixel sensor and faster autofocus, which was adopted from the A1. Another new feature is the freely programmable and unlabeled rotary wheel on the top right of the camera, which was previously used for exposure correction. The case is similar to that of the a7 III, but it is slightly larger with a more pronounced handle.

Compared to the Alpha 7 III, the new Sony Alpha 7 IV is equipped with numerous new image processing technologies, including the new BIONZ XR image processor and extended autofocus functions based on the Alpha 1 model. In addition, there is improved usability, among other things through the freely programmed function wheel, which used to be used exclusively for exposure correction.

With the newly developed, back-exposed Exmor R CMOS full-format image sensor with 33 megapixels, the Alpha a7 4 offers higher image quality and a large sensitivity range that can be expanded to ISO 204’800. The dynamic range of 15 levels allows for a wide range of expressions, and the Creative Look settings help you easily create original looks, both for photos and videos.

The latest BIONZ XR image processor, which is also used in the top model Alpha 1, supports super-fast autofocus with uninterrupted series shots at 10 images per second with AF / AE tracking and a large memory buffer for smooth shots. The a7IV tracks subjects with continuous real-time tracking and 759 phase-detection points in a high-density focal-plane AF system that covers approximately 94% of the image area. In addition, real-time Eye AF is now for the first time able to track not only people and animals, but also birds, both when taking photos and when filming. The recognition accuracy for human faces and eyes has been improved by around 30% compared to the Alpha 7 III.

The Sony a74 features technologies that have been adopted by professional film productions. This includes, for example, the S-Cinetone color function: which was originally developed for Sony Cinema Line cameras. With 4K / 60p recording in Super 35 mm mode and up to 4K / 30p with 7K oversampling in full format mode, the Sony a7 IV ensures high-quality video recordings. In addition, the new camera has 4: 2: 2 color sampling with an image depth of 10 bits for natural color gradations as well as XAVC SI intra-frame coding for more efficient workflows during processing and XAVC HS for twice the compression efficiency.

As part of the improvement in autofocus performance, the Sony Alpha 7 IV offers new AF functions in conjunction with a Sony E-mount lens, such as AF Assist, which supports focus transitions when using autofocus, and Focus Map for visualizing the depth of field. In addition, the Alpha 7 IV is the first camera in the Alpha series to have breathing compensation that can be switched on and off, which minimizes focus breathing and maintains a consistent viewing angle when the focus changes.

In addition, the camera has an integrated optical 5-axis image stabilization, which enables a shutter speed that is 5.5 steps shorter. The optimized handle increases comfort, and a CFexpress Type A compatible media slot supports media with higher read / write speeds.

The OLED Quad-VGA viewfinder with approx. 3.68 million pixels offer a resolution 1.6 times higher than the viewfinder of the Sony a7 III, whereby the user receives an improved live view image preview with minimized false colors and a higher resolution.

The camera’s heat-dissipating structure enables videographers to record 4K / 60p 10-bit 4: 2: 2 video continuously for over an hour. The optical image stabilization in “Active mode” ensures optimal video recordings. Additional advantages include a side-folding LCD with a variable viewing angle and 1.03 million pixels, a REC button on the top, and a powerful battery from the Z series.

A magnesium alloy was used for the housing of the Sony a7 IV, which increases the robustness and reduces weight. In addition, the redesigned structure and lens lock button contribute to improved dust and moisture protection. The environment was also taken into account in the development of this model: the recycled plastic “Sorplas” from Sony was used for the camera housing, and recyclable materials and less plastic were used in the packaging.

With a range of connectivity options, the Alpha 7 IV allows for instant transfer and sharing of the recording. Bluetooth simplifies the connection between the camera and the Imaging Edge mobile app, and 5 GHz / 2.4 GHz Wi-Fi ensures fast data transfers. The camera also offers a new feature called “Shot Mark”, which allows easy access to the marked scenes in a video clip, both in the camera and in the Sony Catalyst Browse / Prepare applications.

With several other new functions, the camera supports live streaming and mobile data transmission without the need for special software. UVC (USB Video Class) and UAC (USB Audio Class) transform the Alpha 7 IV into a powerful live-streaming camera when connected to a computer or smartphone. High image quality such as 4K / 15p and 1080 FHD / 60p ensure realistic videos when shared remotely. Various microphones and other accessories can be connected to the digital audio interface of the Alpha 7 IV to achieve high sound quality.

Sony a7 IV price and availability

The Sony Alpha 7 IV price starts from $2,498, and it is now available to pre-order via the Bhphotovideo.com and Adorama.com, and Amazon.com, websites. Sony a7 IV release date has been set at December 30, 2021.

He started this blog as a hobby to show his affection for gadgets, but over the time this hobby became professional. And now he is working as a full-time blogger, but in free time he loves watching movies and games. PayPal donation for TechToyReviews will be appreciated.
@ankit4554
Previous DJI Ronin 4D 8K Cinematic Camera Introduced
Next Huawei Watch GT 3 Smartwatch with up to 14 days of battery life 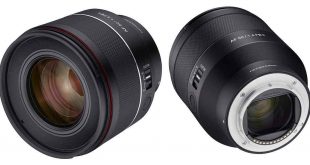 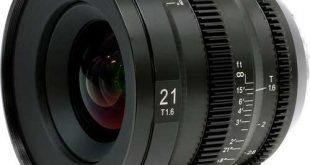 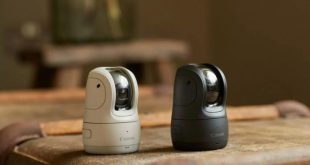 Canon has announced the release of a new CCTV camera – PowerShot PX, which is …