The SolidGoldFX Imperial MKII Fuzz pedal is aimed at anyone looking for a snotty, brute fuzz with good manners or on the hunt for Gilmour-Esque solo sounds. Its model is a rare device from the 1970s, which nowadays achieves high prices for enthusiasts on the used market.

Oh yeah, we really like the charming retro look of the four fader controls! The guys at SolidGoldFX got the inspiration for Imperial MKII from JEN Jumbo Fuzz, one of their personal favorite vintage fuzzes. Now, what is a JEN Jumbo Fuzz, and what makes it so special?

JEN Elettronica was an Italian manufacturer that produced guitar pedals for Vox, Dallas Arbiter, and Sound City, among others, but also produced devices under its own brand. The Jumbo Fuzz was their interpretation of the venerable EHX Big Muff: The buttons were exchanged for sliders and a germanium noise gate was added. In terms of sound, the jumbo fuzz is tuned in the direction of Ram’s Head. So don’t scoot too much or get mumpy in the depths. Just a nice gain range and a well-rounded fuzz pedal.

The vibe of the jumbo was captured, but the then strongly varying components were refreshed in a contemporary way. In particular, the gate was refined and the preamp optimized for use with bass, guitar, and synthesizer. A high-impedance JFET preamplifier ensures a low noise floor and definition in the sound.

While the tone stack has been carried over from the original design, a new contour control replaces the mids switch, which changes the frequency of the high-pass filter in the tone stack. This allows you to raise or lower the middle, with every nuance in between. Very good!

The Imperial MKII guitar effects pedal is completed with dual LED indicators (one for bypass and the other indicating the gate status), top jacks, true bypass switching and, of course, our retro sliders and vintage-inspired artwork. We really liked the sound samples from the video linked below, especially with the electric bass.

The SolidGoldFX Imperial MKII is priced at $199 and can be purchased through the Amazon.com website.

Recently, Wampler has introduced the new Ratsbane Overdrive Distortion pedal packs the classic RAT sounds that we all know and love into a wonderfully compact mini pedal.

He started this blog as a hobby to show his affection for gadgets, but over the time this hobby became professional. And now he is working as a full-time blogger, but in free time he loves watching movies and games. PayPal donation for TechToyReviews will be appreciated.
@ankit4554
Previous Acer Predator XB323U GX 32-inch Computer Monitor for Gaming
Next Blu G50, Blu G50 Mega, and Blu G50 Plus Introduced: Price, Specs, and More 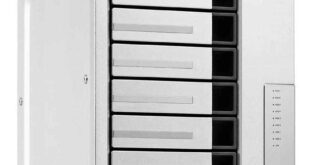