The Sumo Digital has officially announced its first puzzle game called the Snake Pass, and is now available on PC, PlayStation 4, Xbox One and Nintendo Switch starting from today on 29th March. The Nintendo Hall Youtube Channel has also posted a Snake Pass gameplay video on its channel, lasting over twenty minutes, dedicated to the new Nintendo Switch console of the Kyoto company. 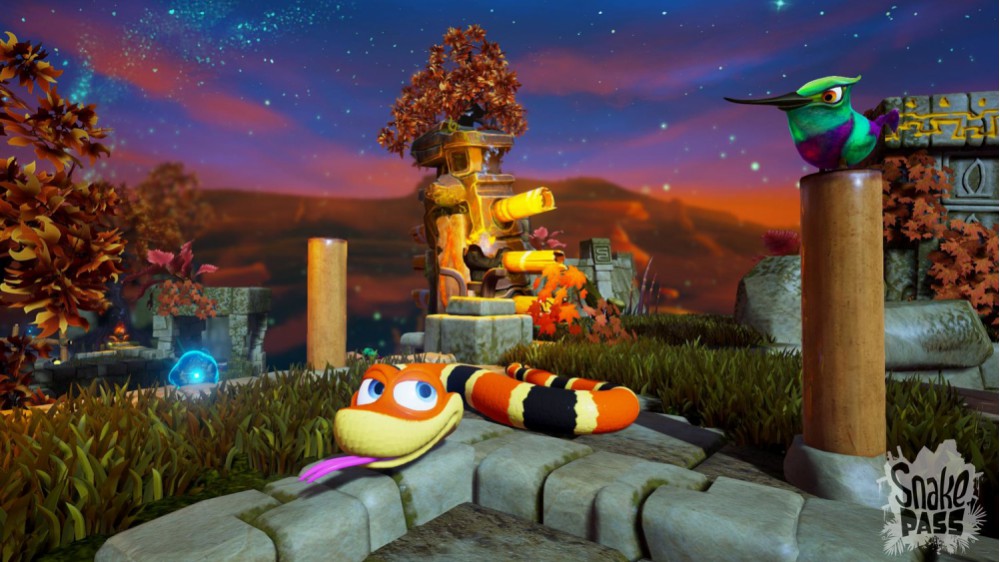 As per listing on Snake Pass Steam, When the tranquillity of Haven Tor is interrupted by a mysterious interloper only the unlikeliest of heroes can save the day! Meet Noodle the Snake and his hyperactive best friend, Doodle the Hummingbird, who together must reunite the missing Keystones with the magical gates that give Haven Tor its mythical power. A unique, physics-based puzzle platform game, Snake Pass video game challenges players to ‘think like a snake’ as they tackle precarious puzzles as only a snake can. Slither through long grass, coil around bamboo and climb out of trouble in the latest game from award-winning independent studio Sumo Digital!

Thanks for reading! If my article helped you, I would be happy if you visit Techtoyreviews again and follow it on Social media. This article contains partner "affiliate" links. Clicking on it will take you to the provider and if you make a purchase, Techtoyreviews will receive a small amount of support.
@Techtoynews
Previous Honor 8 Pro Launched with 12MP Dual Camera
Next UE Wonderboom Water and Drop Resistant Compact Bluetooth Speaker Announced