This is a review in which we will talk about the new Sennheiser HD 560S Audio Headphones, which, in our opinion, will become a cheaper alternative to most flagships. Regular readers will remember that in this series we try to justify personal addictions to devices by logical objection and technical facts. Due to the format’s content, please do not consider this Sennheiser HD 560S to be an advertisement.

For listening to music at home, I prefer Over the Ear headphone. Recently, my FiiO EH3 NC failed. The most suitable replacement, in my opinion, might be the HD 560S, which were comparable in characteristics.

This new HD560S belongs to the relatively budget segment, and as we mentioned in the title, it costs around $200. The letter S in the name refers to dynamic loudspeakers that are the new generation.

We feel that we should focus on the origin of the individual elements of the device separately. The model was developed in Germany, speakers for it are produced in Ireland, and Audiophile Headphones are assembled in China. According to Sennheiser, this approach helps reduce the ultimate cost of the device.

We also want to note right away that the new model has nothing to do with the very similarly named HD560. Sennheiser has released so many headphone models that many alphanumeric combinations of the model names are repeated.

Externally, the new Sennheiser HD 560S headphones are far inferior to their companion HD 5xx series. The main differences are a speaker and acoustic damping.

Personally, we found it comfortable and deep. Behind the ear cup, the ear depth is 28 mm, which is especially critical for people with large auricles. The headband fits easily, soft ear cushions and trim compensates of the headband for a tight fit is perfect, so prolonged wearing did not cause discomfort for us during 2.5 hours of continuous listening.

Earpads are velvety, ears are not hot in them, they were quite soft for us. The headband is spread over a wide range. It is difficult for us to imagine that these Sennheiser HD 560S headphones will not fit you. The device weighs 240 grams, so the weight on the neck is negligible and practically not even felt. The cable is long enough, is quite suitable for stable use, the main connector is 6.3 mm, indicating even to steady use, the kit has a 3.5 mm adapter.

The high sensitivity of the HD 560S 108 dB/1V makes them possible to use with portable devices without additional amplifiers. Meanwhile, both the manufacturer and many reviewers recommend using it with a headphone amplifier, as the relatively high impedance requires large output voltages.

The audio card of our laptop completely rocked the headphones and provided enough volume to be heard with margins, and accordingly, the amplifier is capable of producing a voltage at the sufficient output for a 120-ohm speaker. Therefore, it is not necessary to purchase the tube headphone amplifier shown in the manufacturer’s brochure.

The HD560S has monitor playback features. Fidelity is obtained due to frequency neutrality, with no characteristic accents, as well as low harmonic distortion. Zero and no unnecessary rumble, even listening to bass-heavy music genres.

The peculiarity of sound is the creation of a fairly realistic, three-dimensional sound picture, with relatively accurately located phantom sources. A characteristic feature of best Over the Ear headphones from Sennheiser is the naturalness of sound transmission, its realism.

Listening to Dies Irae from the Requiem in D minor, performed by the London Symphony, revealed subtle but present intermodulation distortion. Sound blurring is impossible to call, but the female chorus is transmitted by headphones without the ability to focus on a specific voice or group of voices due to the specific image of the sound. We had no complaints about other works, in particular, about classical ones.

Sennheiser HD 560S – affordable audio headphones from the HD5xx series, priced at $199.95 on Bhphotovideo, BestBuy, and Newegg websites. That said, if you do want a good-looking, well-built, feature-filled pair of premium Over the Ear headphone that sounds very good, the Sennheiser HD 560S is definitely worth an audition, and absolutely worth considering alongside the current leaders in the segment.

So you must tell us how you liked our Sennheiser HD 560S review, do not forget to comment below.

He started this blog as a hobby to show his affection for gadgets, but over the time this hobby became professional. And now he is working as a full-time blogger, but in free time he loves watching movies and games. PayPal donation for TechToyReviews will be appreciated.
@ankit4554
Previous Leica Q2 Monochrom Digital Camera Announced: Pre-Order Price and More
Next Korg opsix an Advanced FM Synthesizer Introduced: Pre-order Price and More 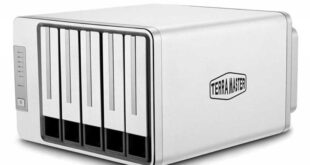 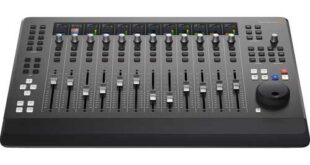 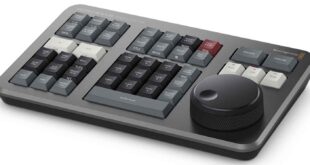 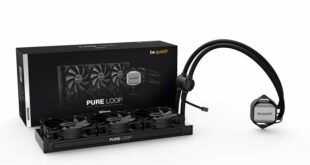 Be quiet!, specializing in power supplies and PC water cooling system, has unveiled a series …