A very new variant of the SanDisk iXpand Flash Drive with Lightning connector has been officially launched especially designed for iOS devices such as iPhone and iPad. SanDisk enhanced the design of new iXpand Flash Drive comes with a flexible Lightning connector is made ​​of a material can be bent as user needs while the other end is the USB 3.0 port for to PC or Mac. 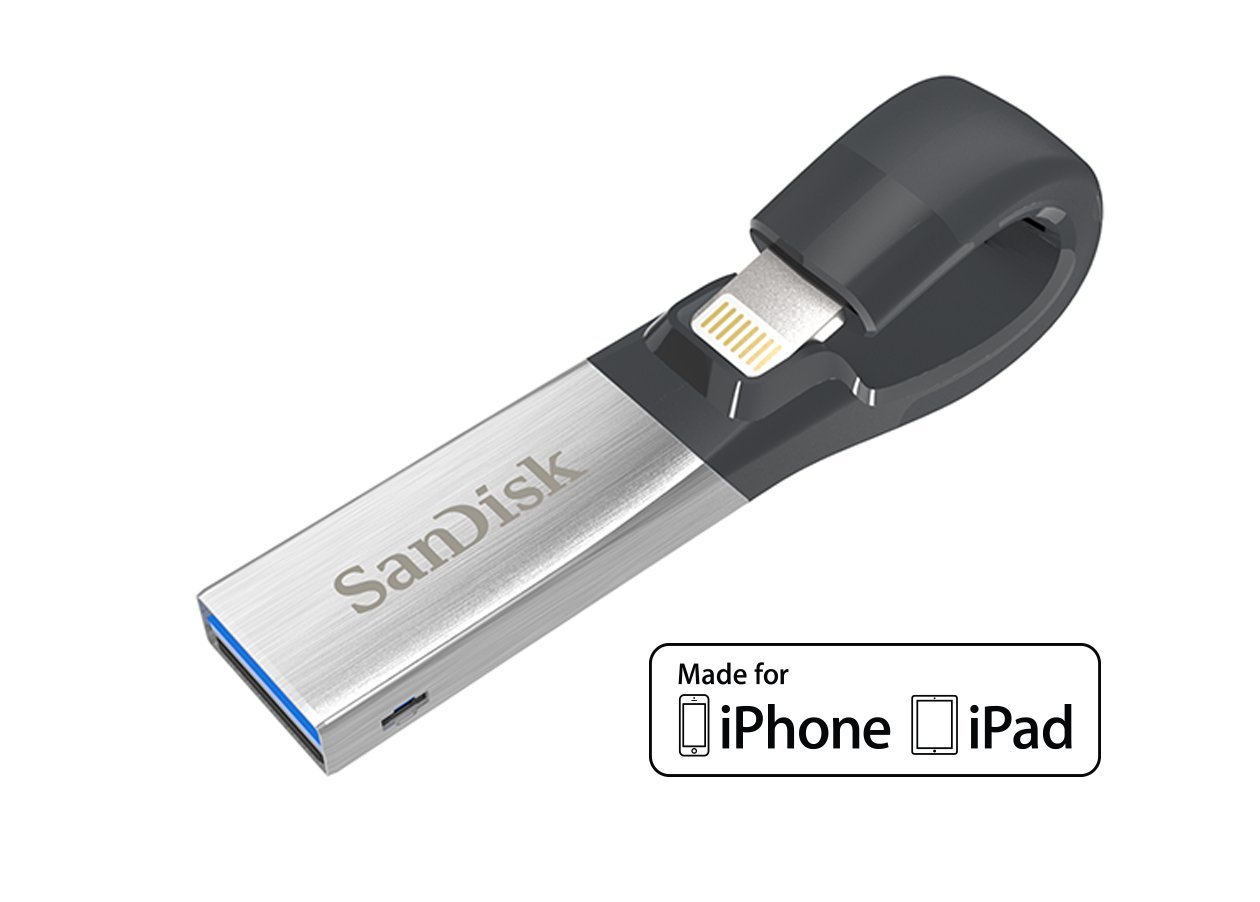 New SanDisk iXpand Flash Drive has an eye-catching design and available in two different storage options including 32GB and 128GB. Actually, IXpand is a USB flash drive, but it’s integrated with Lightning ports to work with Apple’s devices such as iPhone, iPod or iPad to transfer photos, videos etc. It allows users to insert this USB drive in iOS devices to exchange images, video to computer easily.

SanDisk also provide encryption software that allows users to protect their data with a password to prevent theft. Additionally a redesigned SanDisk iXpand App will allow users to manage data their easily on iOS devices. This application allows users to store photos and videos directly to the drive instead of on their iPhone or iPad, besides the automatic back up data from social networking sites, as well as play back music within the app also there.

He is newbie on the Techtoyreviews. An enthusiastic mechanical qualifier who additionally Interested in the latest gadgets and tech. An exceptionally tech savvy who is always discovered reading or writing on technology. In spare time like to peruse books and playing Cricket. PayPal donation for TechToyReviews will be appreciated.
@jigneshdudakiya
Previous Meizu M3 with 13MP Camera and 3GB RAM Launched
Next Philips SpeechAir: A dedicated Voice Recorder with Android OS, Real time encryption Launched