If you own a notch screen smartphone model. And if you find this design boring now, then the Samsung Galaxy A11 is equipped with an interesting punch hole display. So apart from design, how does the Galaxy A11 bring the experience? Let us review it correctly in this article.

Perhaps, the most attractive point on affordable smartphones like the Samsung Galaxy A11 is its exterior design. It seems to us that Samsung is more concerned with the appearance of the product than the internal configuration. As you can see in the pictures, this device has a fairly simple back with a soft blue tone.

However, if you look a little closer, you will find that the design is simple but full of sophistication and appeal. This is because the trailing and surrounding edges are all seamless and there are no lines. Even in the rear camera cluster, we do not see the protruding part of the camera as it is covered in bright blue.

The Galaxy A11 is a low-cost product, so Samsung cannot make a colorful pattern on the back. But, the company has polished it and made the device more sparkling if tilted towards the sun. The sleek back is beautiful, but you will see fingerprints when the device is held for a long time.

By the way, you might not know the Samsung Galaxy A11 is made of plastic which helps to hold it comfortably for a long time. Also, you can easily take it out with you.

Apart from the delicate design, our other perception about the Galaxy A11 is the screen. With a price tag of over $150, you will have a hard time finding a smartphone with a punch hole display, such as the Galaxy A11. Thanks to this panel, the user experience as a mid-range product is even more interesting.

The surrounding edges are also quite thin, though not as thin, but perhaps it is enough if you look at the price of the product. We have seen that if most users show interest in a cheap smartphone, then they place more weight on multitasking than display.

The Samsung A11 has a 6.4-inch screen, but the resolution only stops on HD+. Therefore, you will see more or fewer pixels on the screen. Talking about the user experience, we find that the Galaxy A11’s screen is quite pale and somewhat lifeless, not as fresh as the mid-range products.

The Samsung Galaxy A11 has been just a cheap smartphone, so the device is only equipped with the Snapdragon 450 octa-core processor. And to review the performance of the Galaxy A11, we immediately experienced the popular game today: PUBG Mobile.

Perhaps thanks to the low graphics plus average frame rate, the new Snapdragon 450 handles so well. We do not place too much emphasis on this chip’s ability to handle games because we understand that it is only a cheap processor.

In addition to measuring performance by experiencing real mobile games, we also use some scoring software such as 3DMark and PCMark. These are 2 apps that we use quite a lot for reviews for reputation and scores equal to actual performance.

Another factor we want to make sure that the device was overheated while playing the PUBG Mobile. If you want the temperature to not affect your gaming experience, you should bring an additional case.

Talking about the camera, the Samsung Galaxy A11 has Triple rear cameras, including parameters:

And now, let’s take a look at how the Galaxy A11 camera produces pictures. In fact, when we did not see the vivid color of the pictures, which was a little yellowish and also lacked vitality, we were a little disappointed.

In bright enough conditions, the picture was faded, but in backlit conditions, we look at the more positive effect. In particular, we shot the pictures in automatic shooting mode and the images we received were contrast and bold. However, if you do not lower the EV bar, the images will not be as bold as expected.

With a battery capacity of 4,000mAh, we hope that the Galaxy A11 can work throughout a long, dynamic day. Because, we used this phone during work, so we wish that it would be able to meet our every small need.

And of course, we have to test if the battery of this smartphone is long enough for us to experience it. It was tested with the following conditions:

So with the above conditions, after 7 hours 42 minutes of continuous use, the battery of the device ran out and shut down. In our opinion, 7 hours 42 minutes is a worthy result. Why are we saying this? Because we were using the screen with maximum brightness and also had battery saving features turned off, if you use it at 50% screen brightness, the device can reach more than 9 hours.

Apart from this, we also measured the charging speed of the 15W fast charger provided with the box. This is definitely good news for SamFan and we personally think Samsung’s compensation is worth it.

Is the Samsung Galaxy A11 a smart choice in the price range? This question is difficult to answer. Actually, we think the Galaxy A11 has many limitations while others can do more. For example, Xiaomi’s cheap smartphones equipped with a Snapdragon 660 chip or Vivo’s low-cost phones with batteries up to 5,000mAh.

However, the Galaxy A11 also has few notable points: a gentle yet sophisticated design style and a punch hole display. Nothing is perfect and if you need a large screen phone for entertainment or watching movies, then perhaps, Samsung Galaxy A11 is one of the brightest options in the segment.

It has been priced at $159.99 and available to buy through the Bhphotovideo.com and Newegg.com stores in Black, Blue, and White color options. So what do you think about it? We will be waiting for your response.

He started this blog as a hobby to show his affection for gadgets, but over the time this hobby became professional. And now he is working as a full-time blogger, but in free time he loves watching movies and games. PayPal donation for TechToyReviews will be appreciated.
@ankit4554
Previous MSI Optix G27C5: MSI Curved Monitor With 165Hz Refresh Rate, 1ms Response Time
Next Samsung Odyssey G7 Curved QLED Gaming Monitor now available for pre-order at $699.99 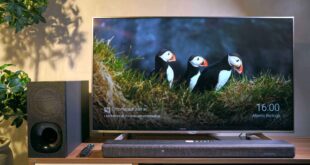 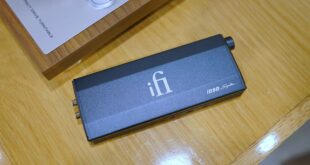 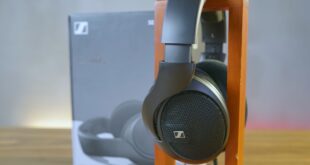 This is a review in which we will talk about the new Sennheiser HD 560S Audio Headphones, …