Samsung officially launches the new SSD 860 PRO and 860 EVO SSD, thus confirming the rumors of recent days and expanding its already very large catalog. Let’s talk about the direct successors of the famous Samsung 850 PRO / EVO, characterized by the use of the SATA 6 Gbps interface, capacity up to 4TB, but above all the new proprietary Samsung MJX controller.

According to the first information available, the new Samsung MJX controller operates with a frequency of 1 GHz, a clear step forward compared to the previous generation that stopped at 550 MHz. The Samsung 860 PRO / EVO SSDs use 64-layer V-NAND MLC and a cache memory of LPDDR4 (up to 4GB), all to optimize the performance (especially when talking about 4K read/write speeds). 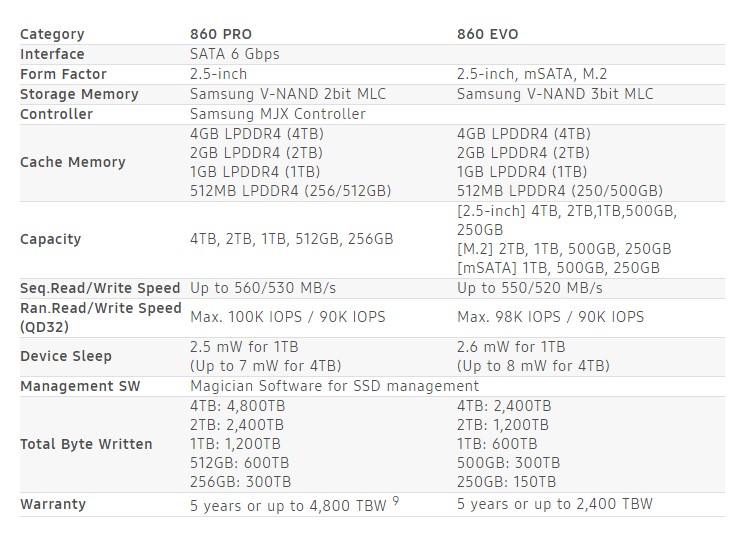 He is newbie on the Techtoyreviews. An enthusiastic mechanical qualifier who additionally Interested in the latest gadgets and tech. An exceptionally tech savvy who is always discovered reading or writing on technology. In spare time like to peruse books and playing Cricket. PayPal donation for TechToyReviews will be appreciated.
@jigneshdudakiya
Previous Drone Deals: DJI Mavic Pro Fly More Combo For just $969 on TomTop
Next Xiaomi Redmi Note 5 Price, Specifications, and Release Date Leaked