Broadcasting to the network is becoming more and more popular, which we have already written about in the news more than once. This time, the company has intensified the Roland, presenting to the public a mixer streaming platform the V-02HD MK II. The new video mixer is an affordable solution for live broadcasting to the network, it has only 2 HDMI inputs, but 10 audio channels, so it is perfect for broadcasts, one way or another related to sound – concerts, interviews, or conferences.

The V-02HD MK II video switcher is equipped with an encoder that outputs a video stream via the USB Type-C port to your computer, so no additional encoder is required. The V-02HD MK II mixes audio from two HDMI inputs and external sources that can be monitored with headphones. A switchable HDMI output is provided for monitoring. The switch operates with 10-bit 4: 4: 4 processing. Built-in zoom in and out controls (scalers) allow you to mix different formats such as HD and SD, as well as computer screen resolutions. The V-02HD MK II has a built-in 3-band equalizer and speaker.

The mixer streaming platform accepts signals from two HDMI sources, eliminating USB conflicts with multiple webcams and HDMI to USB encoder adapters. The signal can be received from a computer, mobile device, and game console.

The V-02HD MK II lets you stream to platforms such as YouTube, Facebook, Twitch and Zoom, OBS Studio, Streamlabs OBS, StreamYard, and Restream.

The V-02HD MK II has a built-in 10-channel digital audio mixer. There are two audio inputs with 3.5mm jacks that can accommodate lavalier microphones that require jack power, stereo sound from smartphones, mixing consoles, or other devices. Users can also mix embedded stereo audio from HDMI sources, including microphones connected to cameras.

In addition, the V-02HD MK II mixer can be controlled using the BOSS footswitches, which will be convenient for those who broadcast on their own, without an assistant, while doing something with their hands, for example, playing the guitar or collecting some device.

The company promises to add support for control via the iPad interface or applications on a computer in future firmware, the release of firmware is planned for the end of 2021.

The Roland V-02HD MK II video switcher is now available to buy via the Adorama.com and Bhphotovideo.com websites for $395.

He started this blog as a hobby to show his affection for gadgets, but over the time this hobby became professional. And now he is working as a full-time blogger, but in free time he loves watching movies and games. PayPal donation for TechToyReviews will be appreciated.
@ankit4554
Previous GoPro Hero 10 Black is here: The best action cam is even better but also costs more
Next MSI Optix G273QF Review: Gaming Under Budget 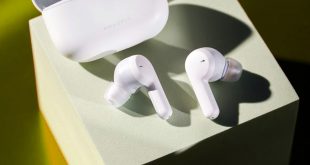