Roccat is now part of Turtle Beach, and there are the first PC gaming headsets of the Elo series, which are sold under the Roccat label after the takeover. The Roccat Elo headset series comprises three different headphones, each equipped with comfort-oriented features such as memory foam pads and a lightweight metal headband with a self-regulating headband.

Last month, Logitech has also announced a new pair of wireless good gaming headsets dedicated to the world of video gamers: the G733 Lightspeed gaming headset with microphone available in numerous colors (Lilac, Blue, White, and Black) and characterized by a modern design with straight lines.

He started this blog as a hobby to show his affection for gadgets, but over the time this hobby became professional. And now he is working as a full-time blogger, but in free time he loves watching movies and games. PayPal donation for TechToyReviews will be appreciated.
@ankit4554
Previous Atomos Connect: HDMI to USB Converter for Easy Video Streaming
Next Synology SAT5200 SATA 2.5 SSD now Available in 3.84TB Storage Option 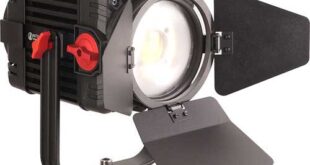