The Retromania is an epidemic that is spreading rapidly and is affecting virtually the entire entertainment segment. Nintendo with its Mini Console is getting excellent results, the NES Classic Mini, released last October, and the race has already begun to be newly announced SNES Classic Mini. 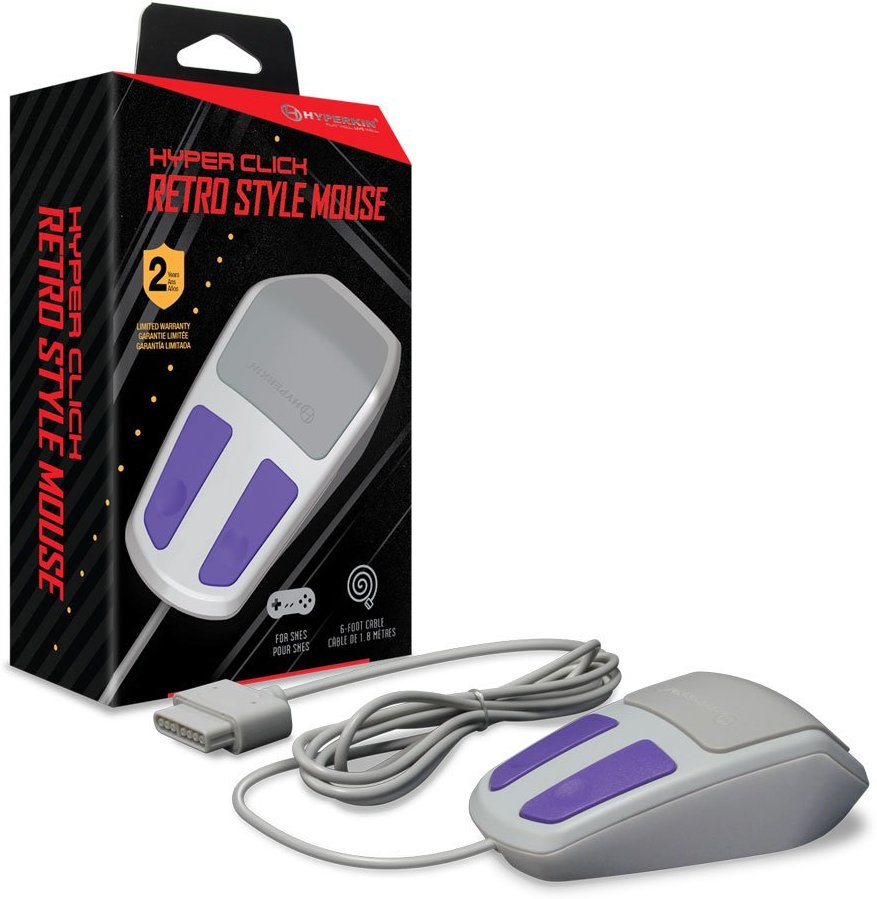 The Kyoto, however, is not the only company that wants to ride the Retromania wave, even Hyperkin decided to tempt players with its SNES mouse – Hyperkin Hyper Click Retro Style Mouse.

Back when Mario Paint launched in 1992, it came packaged with a SNES mouse that was compatible with a bunch of other titles, like Doom, and Wolfenstein 3D. Compared to the original, the new version of the SNES mouse will be equipped with a highly responsive optical sensor while in terms of design faithfully reproduces the original device.

It’s important to note that the newly announced mouse will not be compatible with the Nintendo SNES Classic Mini.

The SNES Mouse price is $19.99 and will be released on July 6 and pre-orders are already started on Amazon.com. During E3 2017, Hyperkin has also announced the launch of Retron 77, one dedicated to a retro console that allows people to play Atari 2600 cartridges, but at the moment its release date has not yet unveiled.

Thanks for reading! If my article helped you, I would be happy if you visit Techtoyreviews again and follow it on Social media. This article contains partner "affiliate" links. Clicking on it will take you to the provider and if you make a purchase, Techtoyreviews will receive a small amount of support.
@Techtoynews
Previous Farewell Petya, the Top Android Security System BO-OS Will Be Firstly Adopted to BLUBOO S8!
Next Xiaomi Redmi 4A receives the MIUI 8.5 Global Stable Update