Along with the Redmi Note 8 and Note 8 Pro smartphones, Xiaomi has also announced its first Redmi TV after the Xiaomi Mi TV. The heart of the TV is a 70-inch LCD panel with Ultra HD 4K (3840 × 2160 pixels) resolution, 178-degree viewing angle, and the given price, however it is certain that it is an Edge LED or budget LED TV. The equipment also includes HDR support and, so it’s easy to imagine that it means HDR10.

Ample space has been dedicated to the Smart TV platform. Moreover, Redmi TV is considered not only a television set but a tool to interact with all the “intelligent” devices present in the homes. All recent Xiaomi MI television or other products, as well as Redmi series products made for the “smart home”, can be managed via the TV. The operating system is the Android-based PatchWall OS. All the operations are entrusted to a 64-bit Amlogic SoC equipped with a 1.5 GHz quad-core CPU (Cortex-A53) and 750 MHz Mali-450 MP3 GPU. It packs 2GB of RAM and 16GB of integrated storage.

Redmi TV can reproduce various types of files from USB ports, including PDF and other documents. The mobile app allows you to manage various functions, including interaction with smart home devices same as the Mi LED TV. Smartphones can also be turned into pointers for moving around in applications and documents. Connections available include 3 HDMI 2.0 inputs, 2 USB ports, an Ethernet port, an optical digital output, dual-band Wi-Fi and Bluetooth 4.2. The TV supports Dolby Audio and DTS-HD audio.

He started this blog as a hobby to show his affection for gadgets, but over the time this hobby became professional. And now he is working as a full-time blogger, but in free time he loves watching movies and games. PayPal donation for TechToyReviews will be appreciated.
@ankit4554
Previous Xiaomi Redmi Note 8 Pro With 6.53-inch FHD+ Display, 8GB RAM, Helio G90T, Quad Rear Camera Launched
Next ZTE Axon 10 Pro US Pre-Orders Go Live With Freebies on Offer, Availability From September 6 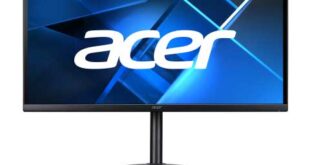 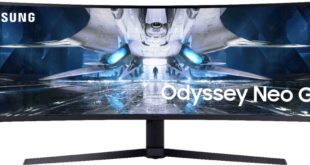 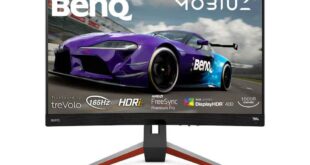 We have a new business monitor for review called Acer B248Y bemiqprcuzx. This is video …