The Chinese smartphone and tablet company Xiaomi has launch soon new smartphone called Xiaomi Redmi Note in Indian market. This Xiaomi Smartphone is available at ebay India to sell for Rs. 13,999 to 14,999. This is clearly shown the business philosophy of the Chinese company. Xiaomi Smartphone has high configuration compared to its price range.

The Xiaomi Redmi Note has 5.5 inch HD screen, 1.4GHz octa-core processor from MediaTek, 2GB of RAM, internal memory of 8GB with a memory card slot, Rear cameras of 13MP and front is 5MP, battery capacity of 3200 mAh, Dual SIM support. Full basic connectivity like 3G, Wi-Fi, Bluetooth, GPS and runs on Android version 4.3 Overall, this is a smartphone configuration quite attractive compared to the price of the device.

Xiaomi Redmi Note has a 5.5 inch screen and under phablet line. Dimensions are 154×78.7×9.5 mm and weighs 199g, only slightly less than the 6.4-inch Sony Xperia Z Ultra 212 g. It can not own thin and light design as expansive phablet is available on the market today, because of the mid range segment. 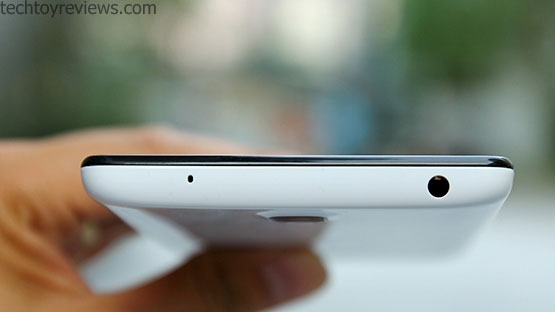 This Xiaomi Phone looks amazing when holding the hand is 5.5 inches on the phone is quite thick. The back part of plastic which is sweaty and reduce the elegance of the phone. Rear camera of 13 MP, an LED flashlight support, bottom has the logo of Xiaomi, along with the speaker hole sounds pretty neat. It has removable SIM and battery which has 3200 mAh capacity. Phone still often uses dual SIM slots instead Nano Micro SIM or SIM on smartphones today. 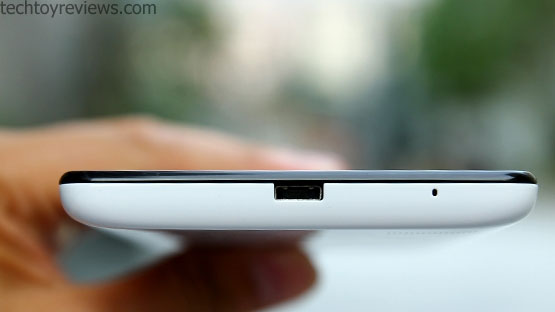 The front consists of 5.5-inch screen is shifted more on design rather than symmetric as many other phones, 5 MP front camera, proximity sensor and light sensor automatically adjusts the brightness of device. Below the screen are three keys Home, Back, Menu is located at bottom border. 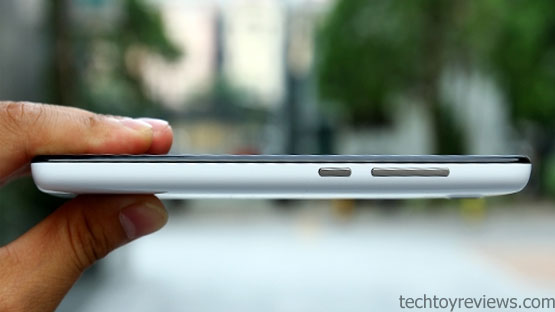 5.5 inch display of the Xiaomi Redmi Note achieves HD resolution of 1280×720 pixels with a pixel density of 267ppi, quite high compared to the price range of the product. It’s also has IPS viewing angle is quite good. Users can fully assure of entertainment possibilities such as playing games, watching movies or surfing the web on this device. The color is fresh and high brightness. When used indoors, the brightness of the screen have been is just to stay at 50%. The screen also has a light sensor that automatically adjusts brightness according to the environment.

The visibility is pretty standard basic colors, but two important details is the ability to display contrast is not good. This makes images, vivid and this is not limited if or watching movies on YouTube.

Xiaomi Redmi Note the following property camera resolution up to 13 MP. This is an impressive number of smartphones in the mid-range segment. Phone does not have any extra camera button, but can be replaced by the volume keys in the camera options.

Capturing speed of the phone is quite good, blur caused by moving objects or shaking hands when shooting. However, the slow speed about 2 seconds per click, so after every shot is still pretty anxious to take the next picture. Camera can capture images with different sizes (2M, 3M, 6M, 8M, 10M, 13M) and allows for more customization of brightness, white balance, ISO to create the user according to his own picture. In addition, the phone has two focus modes are common: Automatic (Auto) and close-up (Macro).

5 MP front camera, but no features or any mode other than the clicking speed is 3 seconds. However, the phone is quite wide angle enough to meet demand for selfie photography.

In the video capabilities, Xiaomi Redmi Note has Full-HD resolution of 1920×1080, a rate of 30 frames/sec. Video recording from this phone with realistic colors, plus the ability to stop shake, so the final image is always clear even if people moves the camera . Also, video recording is equipped with Fast Motion feature allows to record video with high speed.

Using the interface of the Xiaomi MIUI, Redmi Note looks eye-catchy with backgrounds and effects when switching between application pages.

To help those who are new to smartphones, Xiaomi Redmi Note can also switch to the Lite Mode Simple interface. With this interface, all popular applications used frequently will be shown to the larger icon for older people can be easily seen. This feature is also available on many smartphones from HTC and Samsung today, but particularly for this phone, the conversion mode requires a reboot.

The Xiaomi’s name is often mentioned with the recently installed spyware send information from the user on its servers, but the phone still available security software with advanced security features. Specifically, Security can scan the entire phone virus, blacklist management and authorization of every application. In addition, the application also allows you to set the time device automatically switches to saver mode to increase battery usage time.

The Xiaomi Redmi Note includes two keyboard typing mode English and Chinese, for other languages, you have to download additional applications. The Google Pinyin input method provides its own such as the numeric keypad, the Emoticon icon, or popular phrases to use when typing the website address.

In the AnTuTu get 22,072 points and with Quadrant 16,836 points, a smartphone from China far exceeds other well-known products such as the HTC Desire or Asus Zenfone 816 5.

In actual use, not to mention the basic applications such as calling, chating and Facebook, the game requires high graphics like Need for Speed and Asphalt 8 are able to run smoothly on Xiaomi Redmi Note. However, the interface of this phone is not really smooth. Unlock screen, claws sliding between home screens or in settings, the device still slight delay. But overall, the performance is not a matter of complaining about this product.

Xiaomi Redmi Note is equipped with 3200 mAh battery is quite large to sustain for 5.5 inch HD screen and MediaTek 1.4GHz octa-core processor. In actual use, it has pretty good battery life. Specifically, a review of the battery used to call, phone continuous stand 19 hours 37 minutes from full time until the batteries are 10% depleted. Meanwhile, for all tested HD movies and heavy graphics gaming up to high frame rate of 60 fps and 100% brightness, phone, stand up to 4 hours 55 minutes and 3 hours 13 minutes. 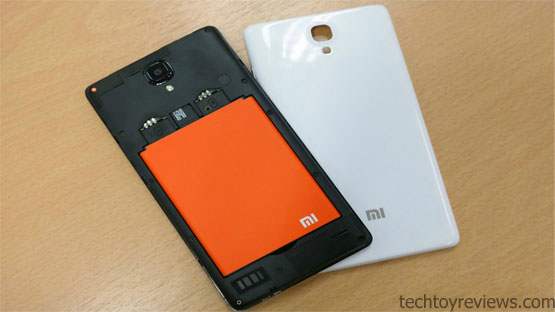 In actual use in a day only to call about 15 phone calls with a total time of about 30 minutes, reading newspapers 30 minutes, 1 hour gaming and take some pictures to share on FB and chat with friends, phone last a 30% battery. Thus, Xiaomi Redmi Note entirely satisfies user needs in a day with high intensity.

As phablet should Xiaomi Redmi Note the use with one hand and not convenient pockets. However, similar to other Xiaomi devices, this one is delivers better experiences than the price of the phone. Large, bright screen, performance fast enough to meet the demand for camera and heavy gaming. The little disappointment from this phone is a not a standard plastic back cover, slip easily.

He started this blog as a hobby to show his affection for gadgets, but over the time this hobby became professional. And now he is working as a full-time blogger, but in free time he loves watching movies and games. PayPal donation for TechToyReviews will be appreciated.
@ankit4554
Previous Dell Alienware 13 – Hard-core Gaming Laptop
Next HTC Desire 820 quick review & specs