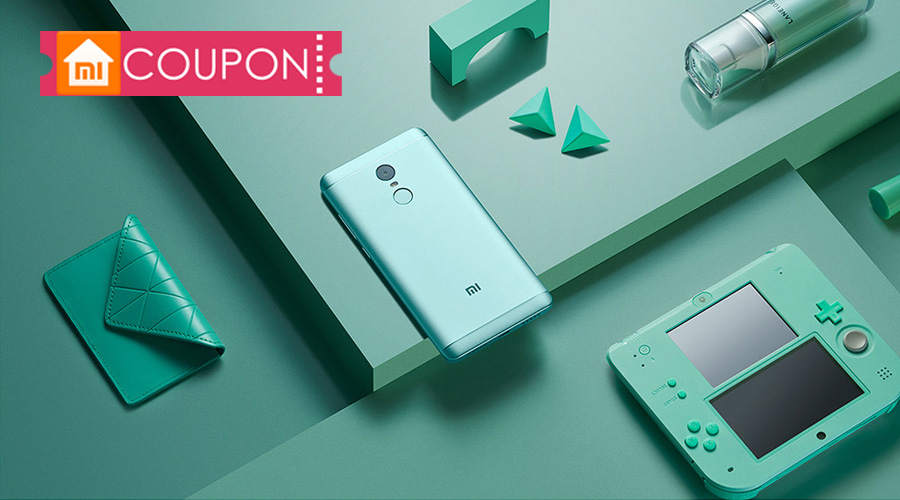 The unlocked Xiaomi Redmi Note 4X can now be pre-ordered globally and is now selling at a discounted price. The Redmi Note 4X is available in Light Green, Pink, Champagne, Black and Grey color variants and has been priced at $294.95, but can be purchased for $189.99 by using an exclusive Redmi Note 4X Coupon Code – Note4XAB. The code is valid for only 100 units, means its first come, first served offer with free worldwide shipping, to avail this offer please follow this link.

It is the best chance since the company has no plans to launch the device outside the China currently. Thus, in case you’re a Xiaomi fan from any part of the world, here’s the best deal of buying it.

Recall the Xiaomi Redmi Note 4X specifications; it features a 5.5-inch Full HD 2.5D curved glass display and is powered by a 2.0GHz octa-core Qualcomm Snapdragon 625 14nm processor along with Adreno 506 GPU. It comes with 3GB RAM and 32GB ROM, which can be expanded further up to 128GB using microSD card. The device runs on MIUI 8 based on Android 6.0 Marshmallow OS.

On the camera front, the Redmi Note 4X flaunts a 13-megapixel rear camera with dual-tone LED flash, Phase Detection Auto Focus (PDAF), and a 5-megapixel front-facing camera for selfies. It supports Hybrid dual SIM with dual standby mode, and has a fingerprint sensor located at the back of the device along with an Infrared sensor on the front. For connectivity includes 4G VoLTE, 3G, WiFi 802.11 a/b/g/n, Bluetooth 4.1 LE, GPS, 3.5 mm jack, and USB 2.0. It packs in a whopping 4100mAh battery that supports fast charging.

Along with that, Gearbest is also conducting Vernne Spring Sale (Link) with exclusive deals and offers on Vernee smartphones. First of all, we have the recently announced the Vernee Apollo with 2K display with 4GB of RAM and its price down to $249.99 – save $50 on each purchase. Up next, the Vernee Apollo Lite comes with a huge discount and has been priced at $159.99. While the Helio P10 powered Vernee Mars with 4GB RAM is now available at $169.99. Last but not the least, the budget successor Vernee Thor 4G smartphone with 4GB RAM is priced at just $109.99.

Thanks for reading! If my article helped you, I would be happy if you visit Techtoyreviews again and follow it on Social media. This article contains partner "affiliate" links. Clicking on it will take you to the provider and if you make a purchase, Techtoyreviews will receive a small amount of support.
@Techtoynews
Previous Astell & Kern released AK380 Stainless Steel Edition
Next Sony SF-G UHS-II released as fastest SD-card in the World