Razer Phone 2 has recently appeared in the AnTuTu database and revealing further details on the data sheet after the first appearance on Geekbench (see original article below). According to the documentation, the next Razer gaming phone will be equipped with a Qualcomm Snapdragon 845 processor with 8GB of RAM and 512GB of internal storage. 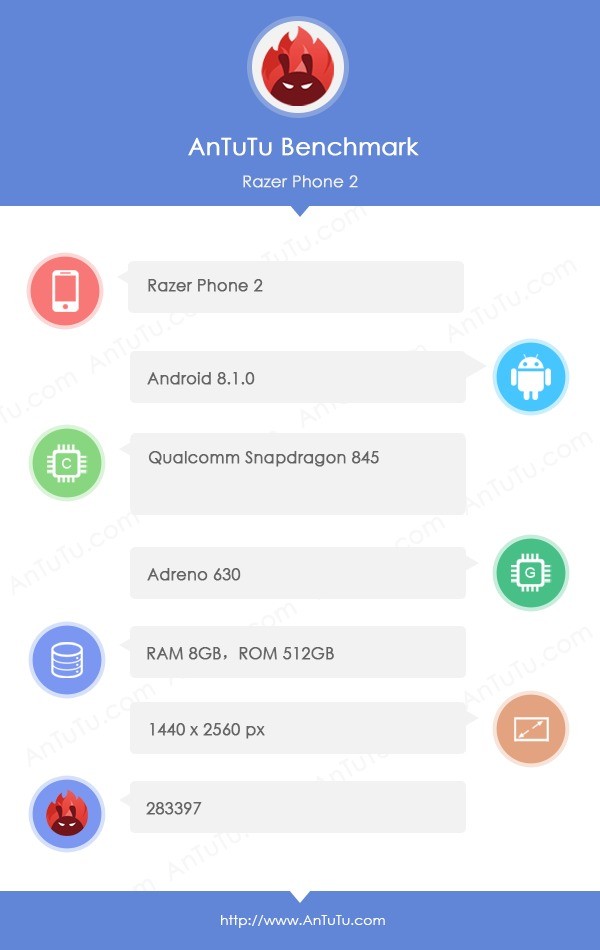 Another small detail, the screen resolution will be – 2560 x 1440 pixels – would maintain the same proportions of the current model, so the display would seem to have a conventional 16:9 ratio, and probably also the same 120Hz refresh rate.

Razer Phone 2 will be unveiled by the end of 2018 and, on its behalf, interesting rumors begin to emerge that allow us to know the main technical specifications. 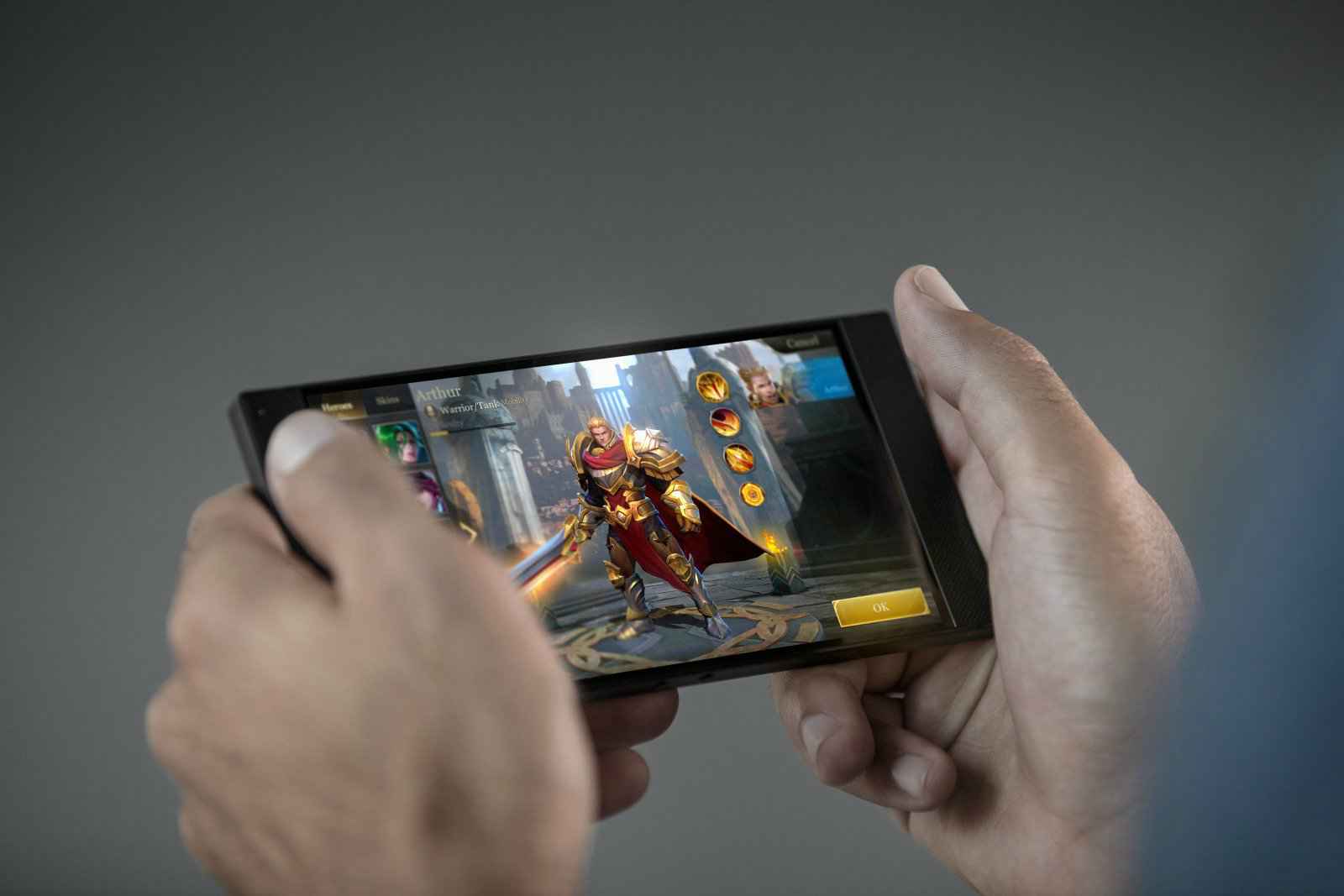 Thanks to Geekbench we can anticipate that the future gaming smartphone will be equipped with 8GB of RAM, the same amount of RAM implemented in the current Razer Phone. In the next model we should find, however, a new processor, presumably the Snapdragon 845 even if it is not to be excluded that it can also arrive with the Snapdragon 855.

The benchmarks revealed the presence of an Android 8.1 Oreo operating system, scores in single-core from 2,026 and multi-core 8,234.

Razer confirmed that the successor is on the way. “Razer is now focusing its resources into the development of the second-generation Razer Phone and accompanying software releases which will extend its software and services from PC into the mobile market,” one of the excerpts in the report read.

Apart from the fact that the Razer Phone 2 is on the way, the company hasn’t revealed anything else about the smartphone. The Razer Phone was launched in November last year, and if Razer loves tradition, then the successor may be launched around the same month this year as well.

Thanks for reading! If my article helped you, I would be happy if you visit Techtoyreviews again and follow it on Social media. This article contains partner "affiliate" links. Clicking on it will take you to the provider and if you make a purchase, Techtoyreviews will receive a small amount of support.
@Techtoynews
Previous Final Fantasy XV Pocket Edition On Xbox One and PS4, Coming to Nintendo Switch
Next iRobot launches Roomba i7+ and Roomba E5 Robotic Vacuum Cleaners