Panasonic has announced the Lumix S 18mm f1.8 ultra-wide-angle lens with a 100° angle of view, thereby expanding its lens range for the mirrorless full-frame cameras of the S series, which use the L-mount launched by Leica in 2015 as a lens mount. Thanks to the L-mount, the lens can also be used on corresponding cameras from other brands in the L-mount alliance (Leica, Sigma, and DJI ).

The Lumix S 18mm f1.8 is the fifth lens with the maximum aperture of f/1.8 among the S lenses from Panasonic. According to the manufacturer, it offers optical performance that meets the highest professional quality standards and is compact and light despite its large aperture.

The lens works smoothly and silently with the fast, high-precision contrast AF system of the Lumix S cameras. The sensor is read out at a maximum of 240 frames per second. Manually, non-linear adjustment varies sharpness by a variable amount according to the speed of rotation of the focus ring, while linear adjustment varies sharpness by a constant amount according to the angle of rotation of the focus ring. The degree of focus shift can be chosen depending on the angle of rotation to enable the desired focusing character.

With its compact design and low weight of 340 g, the Lumix S 18mm f1.8 is amazingly mobile, especially on the Lumix S5, currently the smallest full-frame model from Panasonic. The robust, dust and splash-proof design allow use even under harsh conditions down to -10 degrees.

The new ultra-wide-angle lens is now available for pre-order on Amazon.com, Bhphotovideo.com, and Adorama.com at $999.99. It will be available from October 23, 2022.

He started this blog as a hobby to show his affection for gadgets, but over the time this hobby became professional. And now he is working as a full-time blogger, but in free time he loves watching movies and games. PayPal donation for TechToyReviews will be appreciated.
@https://twitter.com/Techtoynews
Previous Voigtlander APO-LANTHAR 35mm F2 Aspherical Lens for Nikon Z
Next Tamron 150-500mm f5-6.7 Di III VXD now also for Fuji X Cameras 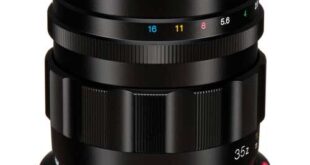 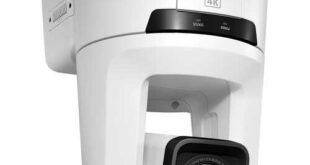 At the broadcasting fair IBC 2022, which ended a week ago, Canon introduced the 4K …