Panasonic Eluga Tapp has been quietly launched in India today on 17th October, it is the latest affordable smartphone from the company in its Eluga series, it is said to be coming with a front fingerprint sensor and built-in “Android for Work” feature. The Panasonic Eluga Tapp price in India is around Rs. 8,990 and it will be available in Grey and Gold color variants. 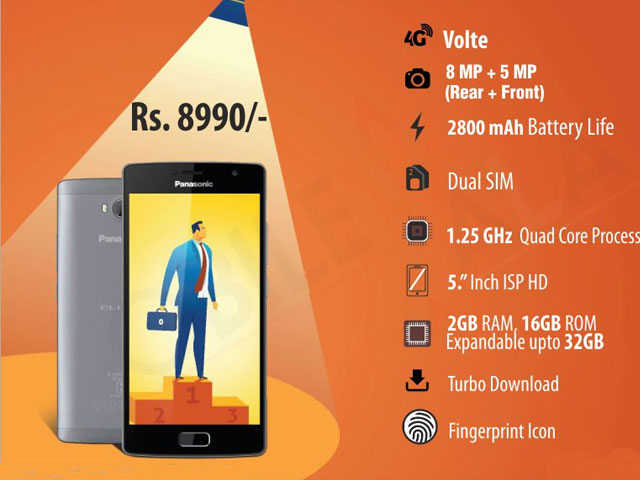 This new Panasonic smartphone sports a 5.0-inch IPS LCD display with HD (720 x 1280 pixels) resolution, along with 16M colors that can deliver a pixel density of 294ppi. It is powered by a 1.2 GHz quad-core processor, coupled with a 2GB of RAM and 16GB of internal memory which is expandable up to 32GB with the help of microSD card slot.

On the camera front, this new Panasonic Eluga Smartphone has an 8-megapixel autofocus rear camera with LED flash and a 5-megapixel front-facing camera with wide angle lens to capture a wide group selfies and quality video chatting. The rear camera can shoot Full HD (1080p) video at 30fps. The handset also equipped with a front fingerprint sensor which allows you to unlock the device quickly and securely, adding essential security to your data.

The Panasonic Eluga Tapp also comes with an add-on security feature ‘Android for Work’ that allows the user to separate all applications such for business or entertainment and also protects user’s personal data. The device runs on Android 6.0 Marshmallow OS and packs a 2800mAh battery under the hood. It has a dual SIM card slot on board along with 4G VoLTE connectivity, apart from 4G includes 3G, WiFi 802.11 b/g/n, GPS, A-GPS, Bluetooth 4.0, microUSB 2.0, 3.5 mm audio jack and FM Radio connectivity options. It measures 143 x 71 x 8.15 mm and weighs 138 grams. 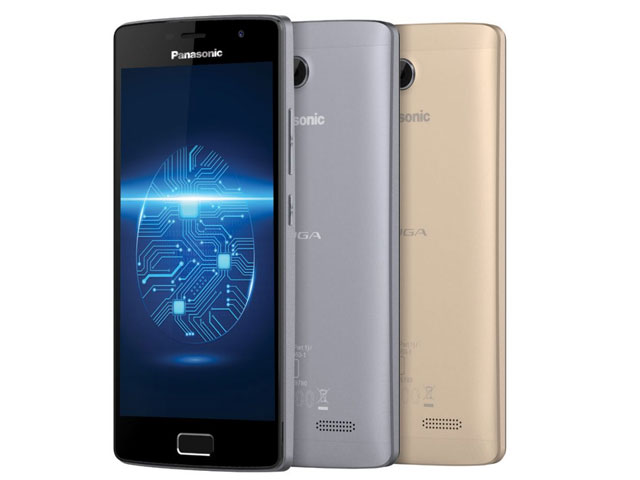 Commenting on the launch, Pankaj Rana, Business Head – Mobility Division, Panasonic India, said, “As we store more and more information on our phones and share it in ever more riskier ways, Fingerprint scanning has emerged as the most popular biometric technology. Much of the time, our personal information and details are protected by just the few hastily thought-out numbers in our passwords which we store in our phone. The new lightning fast front fingerprint sensor in Panasonic Eluga Tapp gives you a convenient way to unlock your device and secure your personal data. The scanner will be able to recognize your fingers and thumbs in a split second, topped with Android-for-work integration.”

He is newbie on the Techtoyreviews. An enthusiastic mechanical qualifier who additionally Interested in the latest gadgets and tech. An exceptionally tech savvy who is always discovered reading or writing on technology. In spare time like to peruse books and playing Cricket. PayPal donation for TechToyReviews will be appreciated.
@jigneshdudakiya
Previous ZTE Nubia Z11 Mini S with 23MP Camera and 4GB RAM Announced
Next Blu Energy X Plus 2 Price in USA, Specifications, and More