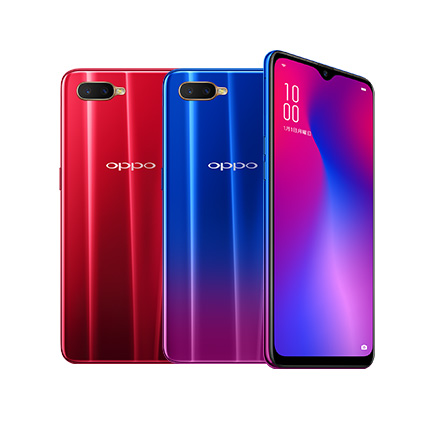 The Oppo R17 Neo price in Japan has been set at JPY 38,988 – approximately $345 and will be available in Japan via UQCommunications website. The handset comes in Blue and Red color options.

The Oppo R17 Neo features a 6.4-inch AMOLED Notch display with Full HD+ (2280 × 1080 pixels) resolution, 19:9 aspect ratio, a 91.5% screen-to-body ratio, and 100% NTSC color gamut. The device comes with a gradient glass back, and metal frame design. It is powered by a 1.95 GHz octa-core processor which supported by Snapdragon 660 Mobile Platform with 4GB of RAM. It packs a 128GB of inbuilt storage which can be expanded via microSD card.

On the camera front, the R17 Neo flaunts a 16-megapixel rear camera with a 2-megapixel secondary camera to capture depth information in portrait shots. For selfie, it has a 25-megapixel selfie shooter with f/2.0 aperture, and AI. It has an in-display fingerprint sensor that can unlock the phone in 0.41 seconds.

He started this blog as a hobby to show his affection for gadgets, but over the time this hobby became professional. And now he is working as a full-time blogger, but in free time he loves watching movies and games. PayPal donation for TechToyReviews will be appreciated.
@ankit4554
Previous Apple iPad Pro 2018 With A12X Bionic SoC, Face ID, and USB-C Announced
Next Flash Sales of the High Power Dual Wifi Antenna USB Wifi Adapter Decoder at Just $11.99