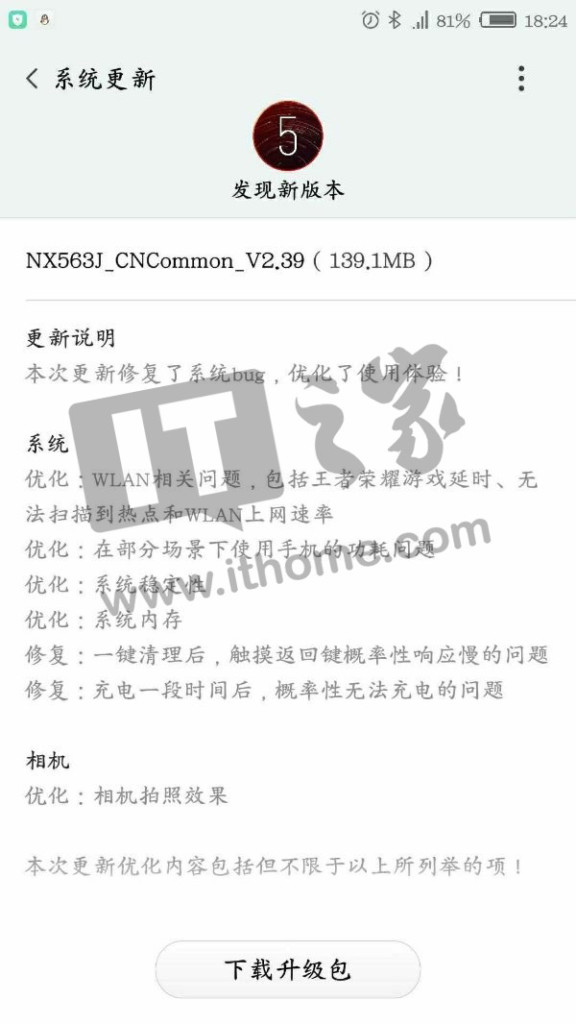 New Nubia UI 5.0 update brings few system optimizations such as a fix WiFi issue like hotspot scanning problem, optimizations for power consumption, system stability, memory, and more. The new update also resolved the responsiveness issue with the return key and an issue that prevented the phone from charging properly.

In the beginning of this month, Nubia has announced a new Z17 smartphone as well as the new Nubia UI 5.0 user interface, and this new UI will be made available on many smartphones in coming days.

Nubia has released a roll-out plan that shows the specific periods and the devices that will receive the Nubia UI 5.0 update. It starts with a closed beta version released only for the Nubia Z11 starting from this month, before moving to the stable release, while on the month of August, we will see the stable version of the UI 5.0 on the Nubia Z17 Mini, Z11, Z11 Max and Z11 Mini.

For the second stage roll-out the company has not shown any specific time, but only provides a list of smartphones including the Z11 Mini S, and whole Z9 series such as Z9, Z9 Mini, Z9 Mini Elite Edition, Z9 Max and Z9 Max Elite.

One of the most interesting news of Nubia UI 5.0 is the ability to have animated icons, very useful for apps like calendar or weather because it will allow him to show the date or temperature without the need to open them. There also presents a Touch Force feature, already available on Nubia Z17, and split-screen mode perfect to make it more usable and better multi-tasking.

He started this blog as a hobby to show his affection for gadgets, but over the time this hobby became professional. And now he is working as a full-time blogger, but in free time he loves watching movies and games. PayPal donation for TechToyReviews will be appreciated.
@ankit4554
Previous PS4 Slim Gold 1TB Edition Up for Pre-order at $249.99
Next PlayPad VR: Bluetooth gamepad will stick on Gear VR!!