In early December HMD Global announced the Android Oreo testing program for Nokia 5, which recently got its first update during tests. As always, the beta update despite bringing many new features also came with full of bugs. 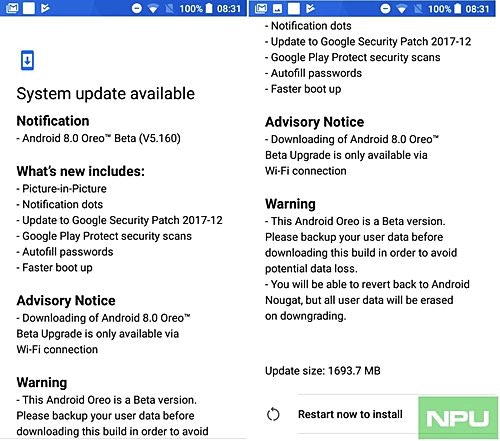 Luckily, the manufacturer recently released a new update, correcting one of Oreo’s most annoying problems in the Nokia 5. New build is V5.160, which came to weigh about 1.6GB.

The new release fixes a multi-tasking related failure, which was not working properly in the first build. We still have a few weeks of testing ahead of the release of the final version, which is expected to take place in the first month of next year.

Until then, we hope that the bugs found in this new build will also be fixed. Have you installed Android Oreo on your Nokia 5? Share your experience in the comment section below.

Nokia 5 is not officially available in Amazon store in USA, but you can buy the Unlocked International model for $164 in Copper Brown and Blue color options.

He is newbie on the Techtoyreviews. An enthusiastic mechanical qualifier who additionally Interested in the latest gadgets and tech. An exceptionally tech savvy who is always discovered reading or writing on technology. In spare time like to peruse books and playing Cricket. PayPal donation for TechToyReviews will be appreciated.
@jigneshdudakiya
Previous Pentax K-3 III will be available at the Photokina 2018 event in September
Next Garmin Vivofit 4 Activity Tracker with 1 Year Battery Life Announced