A new update is coming to Nokia 5, the mid-range range device was first launched at MWC 2017 this year. With the new update, confirmed by the Finnish company through a reply in an e-mail to a user, Nokia intends to permanently resolve the annoying bug that afflicts the Dolby Equalizer. When you try to access the equalizer from some apps like Google Play Music or Spotify, a white dialogue box is automatically displayed that does not allow you to change any value. 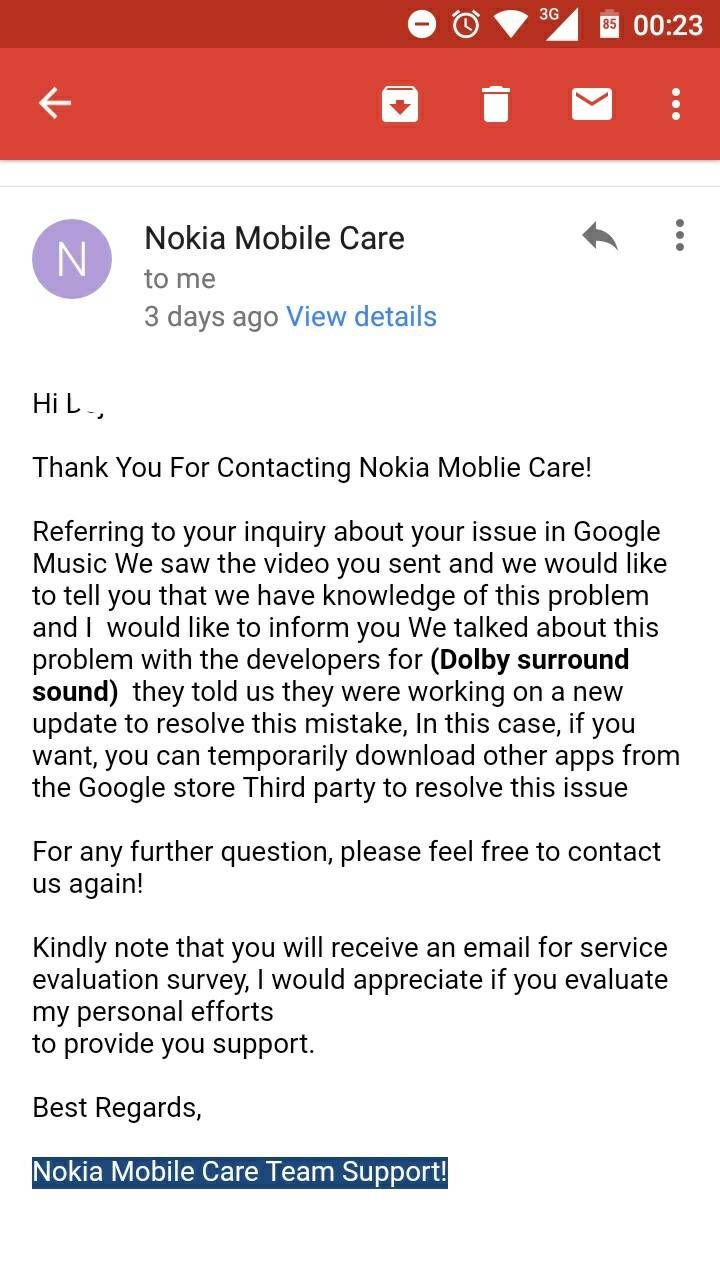 In addition to this, HMD Global’s Chief Product Officer Juho Sarvikas had also promised monthly patches and regular software updates with new features as well as Android 7.1.1. Nougat update for Nokia 3 by the end of this month.

Thanks for reading! If my article helped you, I would be happy if you visit Techtoyreviews again and follow it on Social media. This article contains partner "affiliate" links. Clicking on it will take you to the provider and if you make a purchase, Techtoyreviews will receive a small amount of support.
@Techtoynews
Previous Galaxy Note 8: Dual Camera with 3x Smart Zoom, Super Night Shot and Refocus
Next Battlefield 1 Revolution listed on Amazon France