We have an impressive image of the new Nokia 1100 Concept Smartphone with the Android OS platform. There is rumored Nokia launched the Nokia 1100 running Android in 2016, and from this rumor, a graphic designer who made the concept of this fantastic product and created a very unique concept of this model. This model is not a high-end line device, but it makes us somewhat reminiscent of the glory years in the field of Nokia mobile phones.

According to previous leaks, Nokia 1100 equipped with a 1.3GHz quad-core processor, MediaTek’s MT-6582 chip, display with 720 x 1280 pixel HD resolution, operate on the latest Google Android 5.0 Lollipop OS. The release date of the products not introduce yet, but the users will have to wait until the end of the fourth quarter of 2016. The Nokia 1100 Concept Smartphone is a combination of styles and looks of new generation Lumia smartphones. When the phone style is quite boxy and rugged, the back is designed with two separate parts with the familiar logo of Nokia. According to a recent rumor, Nokia seems to really want to continue returning phone market. Nokia is developing a smartphone called Nokia 1100 Cell Phone with Android 5.0 operating system to launch in 2016. The Nokia 1100 was one of the most successful smartphones ago, and it seems they want to use the old name to commemorate this product. From the above rumors, Jermaine graphic designers Smit has created images of dreamy Nokia 1100 concept smartphone. The new Nokia 1100 appearances with stylish and modern design running Android. Maybe Jermaine Smit is a big fan of the Nokia, however, we hope that its turn into a reality. 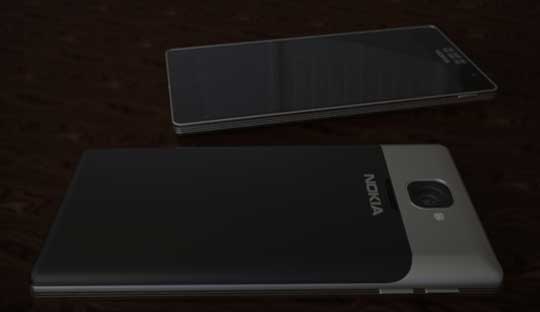 Nokia does not have any official response about the Nokia 1100 running Android, and only focusing on commercialize of the Nokia N1 tablet launched last year.

He started this blog as a hobby to show his affection for gadgets, but over the time this hobby became professional. And now he is working as a full-time blogger, but in free time he loves watching movies and games. PayPal donation for TechToyReviews will be appreciated.
@https://twitter.com/Techtoynews
Previous BlackBerry Porsche Design P’9983 Graphite with leather back cover Launched at $ 1,950
Next Xolo Q1001 with Android 4.4 OS, 5 inch display and Dual-SIM Launched