No More “Game Over” screen in Super Mario Odyssey

Super Mario Odyssey is undoubtedly one of the most anticipated games of all owners of Nintendo Switch, that will be scheduled on October 27 to address the most famous plumber in the world and wander around the vast game world without fearing of the classic “Game Over” screen.

Yes, you read right, in Super Mario Odyssey practically our Mario will not die.

According to a post published on via MarioOdysseyJP on Twitter, the new adventure of Nintendo Switch does not exist any “Game Over” screen and then it seems that the players will have unlimited lives.

As shown in short clip, however, it may incur a penalty like Mario losing 10 coins every time he “plunges to the depths.” Coins replace the traditional lives system of other Mario games. “No matter how many times he fails, there is no Game Over,” the tweet continues. Nintendo’s goal is precise to allow the player to roam without interruption in the universe of the new and highly anticipated Super Mario Odyssey.

Means that even if Mario has less than 10 coins in his possession, the player can still keep going without worrying about a complete game over. Yoshiaki Koizumi, the game’s producer to Polygon at E3 2017 also said: “We also wanted people to be able to, you know, you get into a kingdom and you can just kind of continually keep going through that kingdom without being pulled out, so that was why we kind of wanted to get rid of the lives idea.”

He started this blog as a hobby to show his affection for gadgets, but over the time this hobby became professional. And now he is working as a full-time blogger, but in free time he loves watching movies and games. PayPal donation for TechToyReviews will be appreciated.
@ankit4554
Previous Nintendo Switch: Trump Card for Company, 44% Hardware sales and 25 Best-selling Games of first half of 2017
Next Amazon Prime Day 2017 Sale: Live Deal Updates 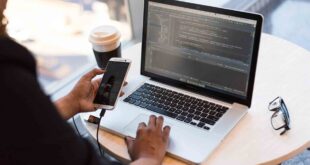