The day that many gamers have been waiting for has finally arrived. The Nintendo – the game boss has finally presented the Nintendo Switch to the public, touting that the new console will be marketed at a price of $299, it will release on March 3 in Japan, US, Canada, Hong Kong, Europe and major European territories.

What you buy in a country that supports the NTSC U/C standard would work fine in other nations that use the PAL format or vice versa. This however seems unlikely given that Nintendo made it tough to make Miitomo account if you weren’t in a country where it launched.

At the Nintendo Switch event, the company also announces two new games for the console including: The Legend of Zelda: Breath of the Wild, and a new Super Mario Odyssey. The Legend of Zelda: Breath of the Wild for the Nintendo Switch will be available from 3rd March, 2017. No further information for Wii U version nor a European release date has been confirmed by the company yet.

Multiple sources close to Nintendo have now told Eurogamer that, at the end of last year, Japan finalised its plans and had a change of heart: Switch needed the strongest possible launch lineup. In short, Zelda will release in March in North America and Japan. Zelda’s launch timing in Europe is still unclear,” writes Eurogamer’s Tom Phillips.

Coming to all new Super Mario Odyssey starring Nintendo’s mascot. It is a 3D game and appears to give players a certain amount of freedom while tackling its many wonderful levels. Nintendo has said it will be available from holiday 2017.

For more Nintendo Switch Games List including: Skyrim, Splatoon 2, Arms, and Xenoblade 2 among others.

He started this blog as a hobby to show his affection for gadgets, but over the time this hobby became professional. And now he is working as a full-time blogger, but in free time he loves watching movies and games. PayPal donation for TechToyReviews will be appreciated.
@ankit4554
Previous Blu Studio J5 with 4G LTE, 5 Inch Display, and 5MP Camera Announced
Next Nokia 8 with SD 835, 6GB RAM and 24MP Camera | Rumor 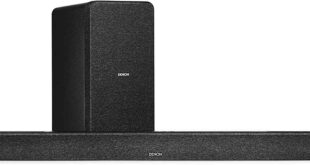