Microsoft has officially announced the brand new Microsoft Surface Laptop Go. The company’s smallest and lightest notebook to date comes with an Intel Ice Lake APU and a 12.4-inch PixelSense display in 3:2 format, but the rest of the equipment leaves a lot to be desired.

After weeks of rumors and leaks, the brand new Microsoft Surface Laptop Go is finally official, and as expected, the notebook uses a 12.4-inch PixelSense touchscreen with a resolution of 1,536 x 1,024 pixels and a pixel density of 148 PPI – that’s at best average, at least the 3:2 aspect ratio should provide a relatively large amount of space.

An Intel Core i5-1035G1 works inside  – an Ice Lake APU with four cores, eight threads, and clock frequencies of up to 3.6 GHz, which should ensure very fast performance. On the other hand, the memory equipment is disappointing: The new Microsoft Go notebook comes with either 4 or 8 GB LPDDR4x RAM and 64 to 256 GB flash memory, whereby the smallest variant relies on slow eMMC, an SSD is only available from 128 GB.

According to the manufacturer, the 1.6 centimeters thin and 1.1 kilograms lightweight MS Surface notebook has a battery life of around 13 hours. When it comes to connections, you have to be satisfied with USB-C, USB-A, AUX, and Surface Connect, Thunderbolt is completely missing.

Incidentally, the housing is not made entirely of metal – only the top should be made of aluminum, the base is made of plastic. The equipment also includes a 720p webcam, two microphones, and omnisonic speakers. A fingerprint sensor in the power button is also included, at least in the models with 8 GB of RAM.

If you are s student and looking for a convertible Chromebook! We have recently introduced the new HP Elite c1030 Chromebook, which is basically a converted EliteBook Convertible with Chrome OS installed, pricing starts from $1,199, at this price it should be one of the most expensive Chromebooks.

He started this blog as a hobby to show his affection for gadgets, but over the time this hobby became professional. And now he is working as a full-time blogger, but in free time he loves watching movies and games. PayPal donation for TechToyReviews will be appreciated.
@ankit4554
Previous Chromecast with GoogleTV With New UI and an Innovative Remote Control
Next Microsoft Surface Pro X 2020 Should be Significantly Faster with Brand new SQ2 SoC 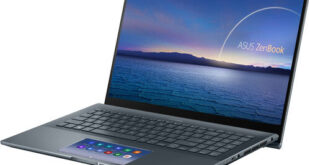 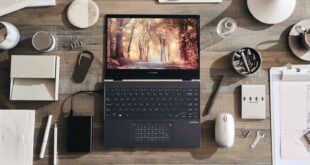 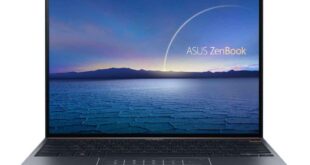