Meta, the group that includes Facebook and Oculus, has unveiled its most powerful VR headset yet, the Quest Pro. With a high price and a comparatively short battery life, the new Meta VR headset is aimed at professional users.

The Meta Quest Pro VR headset is positioned as a professional alternative to the Meta Quest 2 (approx. $400 / £400 on Amazon). The more expensive new Meta VR headset offers significantly more performance thanks to the Qualcomm Snapdragon XR2 Plus Gen 1 VR processor, which is paired with 12 GB of RAM and 256 GB of flash memory. The chip is said to offer 50 percent higher performance and 30 percent better efficiency than the older Snapdragon XR2 Gen 1.

Each of the two newly developed controllers has a Qualcomm Snapdragon 662 ARM SoC, which, together with integrated cameras, calculates the spatial tracking of the controllers, which is intended to reduce latency. The new Meta VR headset is based on two LCDs that weigh 722 grams each with a resolution of 1,800 x 1,920 pixels. Despite similar specs to the Quest 2’s screens, Meta promises a 75 percent increase in contrast ratio and improved lenses that are 40 percent thinner.

Due to the more powerful hardware, the battery life drops by around one hour to just one to two hours, depending on usage. However, the new hardware also enables two exciting features. On the one hand, Meta has built-in cameras inside the headset that allow the headset to be checked for correct fit and enable foveated rendering, i.e. those areas that the user is looking at can be rendered in higher quality than the rest of the image.

The XR experience has been upgraded, as the environment can now be viewed in color instead of just greyscale. Thanks to the high-resolution cameras on the outside of the headset, the Meta Quest Pro can also be used as an AR headset. Meta shows some of the uses in the video embedded below.

The Meta Quest Pro VR Headset is now available to pre-order on Amazon.com and Amazon.co.uk and will be released on October 25th in 22 countries for a suggested retail price of $1,499 / £1,499.99.

Thanks for reading! If my article helped you, I would be happy if you visit Techtoyreviews again and follow it on Social media. This article contains partner "affiliate" links. Clicking on it will take you to the provider and if you make a purchase, Techtoyreviews will receive a small amount of support.
@Techtoynews
Previous TP-Link Deco XE200 Mesh System and Archer AXE300 WiFi 6E Router unveiled
Next Dell Precision 7770 now available for sale with 12th Gen Intel vPro processors and Nvidia RTX A5500 graphics 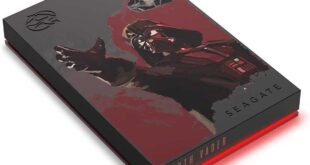