Amazon also introduced the latest version of its Echo Show 10 smart display, which brings a multitude of innovations, but what is particularly exciting is the display, which moves and thus follows the user’s face.

In addition to a new Echo and Echo Dot, Amazon also presented the latest model of the Echo Show 10. As already mentioned in the title, the most exciting new feature is the movable display, which locates the user via echo tracking and then turns towards them so that you can always keep an eye on the screen contents.

In combination with the 13-megapixel camera, the new Echo Show 10 also tries to keep the user in the picture during a video call. Video conferences via Zoom and Amazon Chime are to be made possible by software update this year. Amazon promises that the engine will work silently.

The sound should also benefit from the mobility of the device, as the two tweeters and the powerful woofer are always aimed at the user – together with the option of adapting the sound to the environment, this should achieve excellent playback quality. Of course, this does not only apply to music, videos can also be streamed via the display, including from Netflix, Amazon Prime Video, or YouTube.

In “Away Mode”, the Echo Show screen even functions as an intelligent surveillance camera which, thanks to its mobility, can keep an eye on the entire room. If an intruder is discovered, the owner receives a message on the smartphone. Alternatively, it is also possible to use the camera, for example, to switch on the light when someone enters the room. As with the Echo, the new AZ1 AI chip is used to process voice commands locally and thus improve response times.

The Amazon Echo Show 10 third-generation is already listed on Amazon for $249.99 in Charcoal and Glacier White, but information on availability is still pending.

He started this blog as a hobby to show his affection for gadgets, but over the time this hobby became professional. And now he is working as a full-time blogger, but in free time he loves watching movies and games. PayPal donation for TechToyReviews will be appreciated.
@ankit4554
Previous TicWatch Pro 3 GPS Smartwatch with Pulse oximetry, and up to 45 days Running time: Price and Availability
Next Lian Li Lancool 215 Cool ATX PC Case Introduced 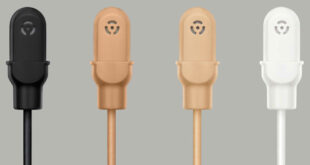 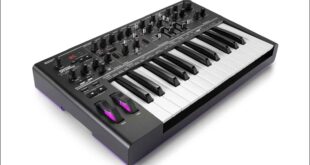